Lexington still rebuilding one year after the historic flood - DatelineCarolina 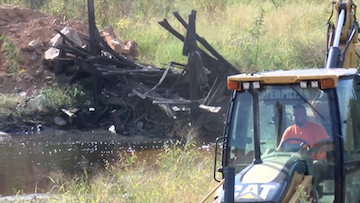 Lexington still rebuilding one year after the historic flood 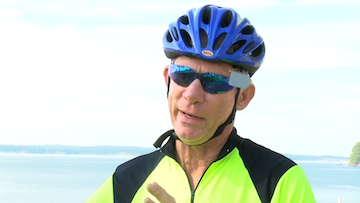 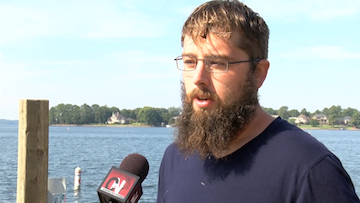 John Baker is a scuba instructor who spent six to eight months in other lakes after the flooding affected visibility in the water.

Last year Hurricane Joaquin made landfall on Oct. 3 dropping record amounts of rainfall and causing widespread damage across South Carolina in what many called the Thousand Year Flood. The Midlands was hit especially hard as roads and bridges collapsed, dams breached and homes were underwater. President Obama declared a state of emergency in South Carolina.

One year later, some people like Ralph Mayer still see signs of the devastation in the town of Lexington.

"It was a mess for, I don't know, a couple of months," Mayer said. "All three dams are still out."

One of those dams is the Lexington Dam by the Old Mill on Main Street. A year after the storm it still is not repaired.

The USDA gave the town of Lexington $702,000 two weeks ago to help clean up flood damage, including the Old Mill dam.

Ten minutes from the Old Mill dam, the devastation continued. The lake water levels rose and the Lake Murray dam opened for the first time since 1969. Many Lexington residents living downstream were evacuated from their homes. Some were never able to return as the floodwaters destroyed everything they had.

But a year after the devastating floods all is calm on Lake Murray. People are running and biking on land, others were boating and fishing on the water.

John Baker is a scuba dive instructor who teaches his students on Lake Murray. He remembers the opening of the dam as a sight to see.

"You've got another lake pouring into this lake... the water over the dam, it was splashing everywhere," Baker said. "It was crazy."

Baker has only been back in the Lake Murray waters recently. He says the flooding caused murky waters and visibility problems.

"We're just now in the last few months getting visibility again where we can really see out here in the lake," Baker said. "

Although things are back to normal for Baker and his students, there is still a lot of work to be done.

Areas like the Lake Murray Dam park may be cleaned up, but many Columbia-area residents are still without homes.

The United Way reports over 1,200 households are still waiting to rebuild. United Way of the Midlands launched a new effort called "Restoring Hope" to commemorate the anniversary of the flooding.

They hope the program will raise $2 million dollars and will help repair 250 flood-damaged homes over the next year.