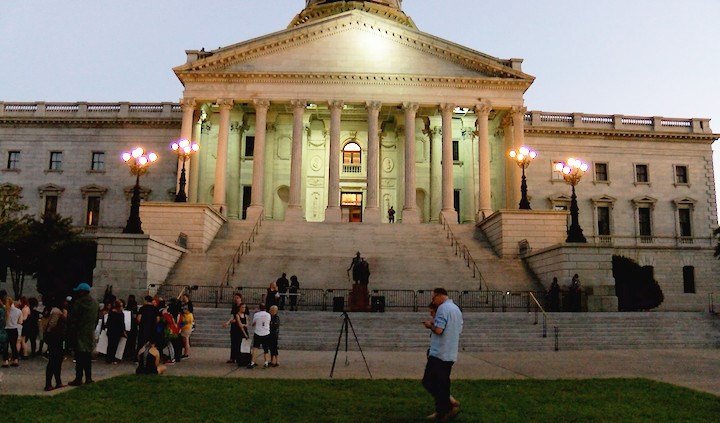 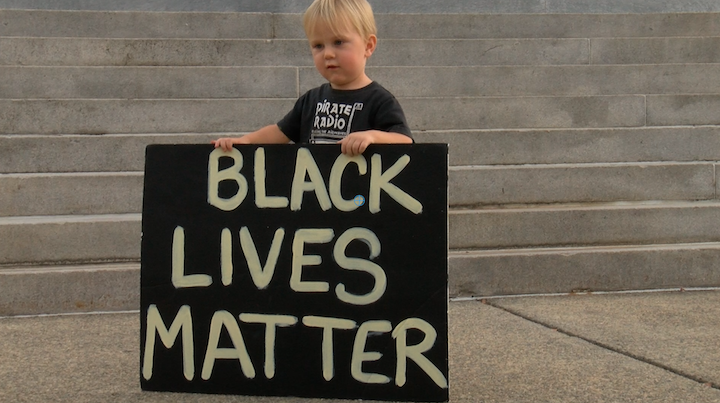 People of all ages and races showed their support on the steps of the Statehouse. 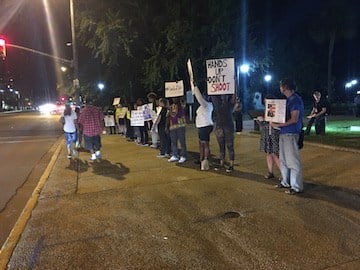 The Black Lives Matter protests have been one of the top news stories lately after several controversial police shootings. Some supporters want to show that protests do not have to be violent.

One peaceful protest brought people to the Statehouse Saturday, in response to the Keith Scott shooting in Charlotte.

Around 200 people showed up to hear poetry and speeches made by other Black Lives Matter supporters.  They were encouraged to mingle and get out of their comfort zone.

Protester Mary Baylor was there holding a sign with a picture of her nephew, Anthony Hill. She said he had suffered a PTSD episode in March 2015.  Hill was naked , running around and knocking on doors in Dekalb county, Georgia.  Police officer Robert Olson said Hill had charged him and he shot Hill twice in the chest, but other witnesses said Hill did not charge Olson. Olson has been charged with two counts of felony murder and indicted.

"The officer left him to die in the parking lot alone.  So, I mean, it could have been avoided," she said.

Baylor wants Columbia to have a separate number aside from 911 for a mental health unit trained to deal with issues like Anthony's so other families will not have to lose loved ones the way she did.

Protester Stephanie Saunders says the police should not be threatened by the peoples' voice.

"They would sort of re-evaluate and make room for those demands because they are coming from those, the people they are set to serve," she said.

Saunders was in a day protest in Charlotte and said that the protest in Columbia was different.

"The marching protests are more about bearing signs and showing solidarity and staying upbeat.  This seems more like a vigil, and I'm excited to see what people have to say," she said.

Baylor and Saunders said they wanted to show protests do not have to be violent.  Listening to other protesters' opinions and communication are the keys to advancing the Black Lives Matter movement.

"I would like everybody to listen to each other and to love each other," Baylor said.