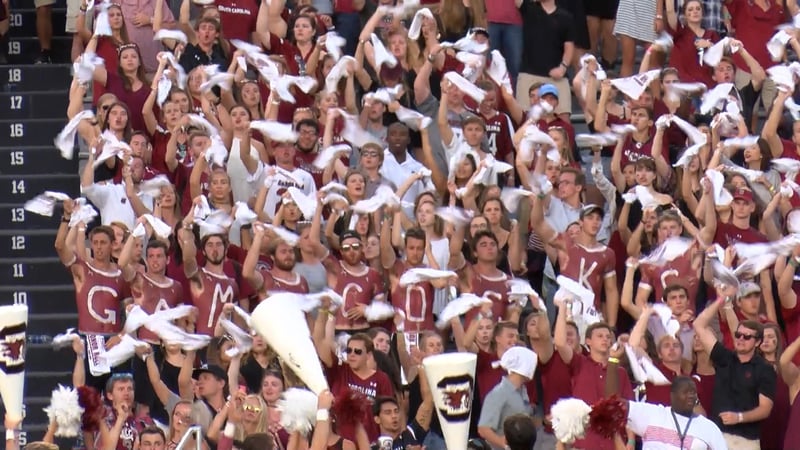 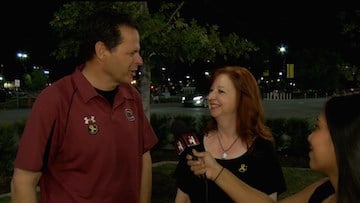 The Owen family are the founders of Curing Kids Cancer. 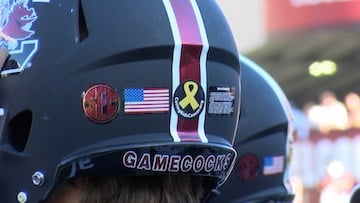 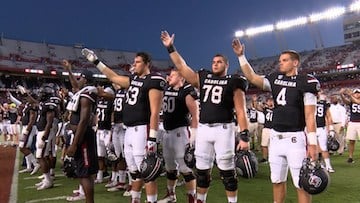 The USC football team was one of the first three teams to sponsor Curing Kids Cancer.

Williams Brice Stadium was filled with over 78,000 fans this Saturday. The Gamecocks lost the game 13 to 24 to Texas A&M but they still had a reason to be cocky.

For the fourth year in the row, the Gamecocks and Curing Kids Cancer have teamed up to raise awareness on childhood cancer.

Curing Kids Cancer was founded in 2005 by the Owen family.

“We have four sons and we had twins in the middle and one of them was diagnosed with leukemia when he was five years old and we lost him when he was nine. And there was a medicine that might have cured him but they didn’t have the money to get him into treatment and after we lost him I decided I couldn’t stand the thought of other families going through the same thing when I knew there was probably something I could do to help", said Grainne Owen, Founder and President of Curing Kids Cancer.

Their son Killian was a big sports fan so they decided to partner up with sports teams to raise awareness of cancer in children.

The gamecocks are one of several teams in the SEC, ACC, Big South, and The Sun Belt conferences who are kicking childhood cancer to the end zone.

This year Curing Kids Cancer has teamed up with the American Cancer society. Together they have created the "A House United to Tackle Pediatric Cancer" campaign to bring together ever more football programs across the United States. All with the common goal of raising awareness and funds for pediatric cancer.

The University of South Carolina was one of the original three teams to sponsor Curing Kids Cancer.

"It's been a wonderful effort by the University and the athletic department to get behind us and really bring this cause to the forefront of people's attention", said Owen.

The Owen family says that the school has been very helpful with their foundation efforts especially head coach, Will Muschamp.

"That's something that's extremely important to me. We certainly support here at the University of South Carolina that program and to talk to those people and support something as positive as that means a lot to me", said Muschamp.

"We're very excited to be able to work with the athletics department and we're extremely excited because we're presenting a check to Palmetto Health Children's Hospital to their cancer center and we will actually be announcing... that we're going to be naming the clinic "Gamecock Curing Kid's Cancer Clinic", said Owen.

The Gamecocks may have a losing season so far but the team and fans still have a reason to stay cocky. They are making a difference in the lives of millions of kids fighting cancer.