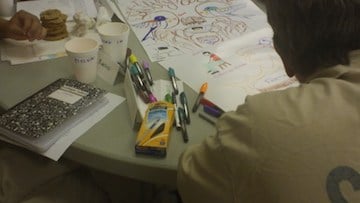 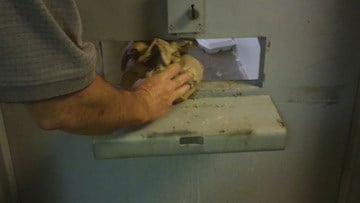 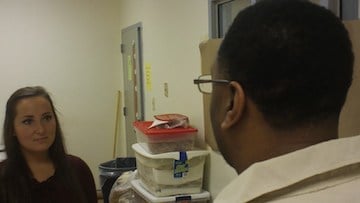 Prison is not known as a happy place. It has high fences, blank walls, barbed wire and bars. A prison ministry called Kairos has been able to change that atmosphere with cookies and music.

Kairos volunteers plan a detailed weekend scheduled twice a year to share God’s love and forgiveness with inmates, but one of the biggest things that Kairos does is gather cookies from people in their communities before they head to the prison for the weekend.

These aren’t your average cookies because they contain something extra special. They are prayed over before they are delivered to the prison for the weekend. The Kairos volunteers then go through the prison and pass out bags of cookies to every inmate and guard.

“It’s like a hug from home,” one Kershaw Correctional Institution inmate said.

Kairos is a Greek word that means, “God’s special time.” The goal of this ministry is to show prisoners that they are loved and are forgiven.

“Some of the men I’ve met here are some of the most faithfully well-grounded men that I’ve ever met. And it’s sad that they’ve had to come here to learn that tough lesson,” Kairos leader, Bill Cavanaugh said.

Kairos Prison Ministry is Christian oriented, but no religious background is required to participate.

One inmate who participates in Kairos comes from a Rastafarian religious background. He looks forward to weekends with Kairos and appreciates the love that is shared.

“I’m back at every reunion. When I see these guys…they’re my brothers. They are my brothers and we always hug and embrace and I always come back looking for them,” said one Rastafarian inmate.

Kairos is a worldwide ministry. It operates in 35 US states and nine other countries.

There are currently 100 prisons in the United States that want to have the Kairos program, but don’t have the volunteers and resources to make it happen.