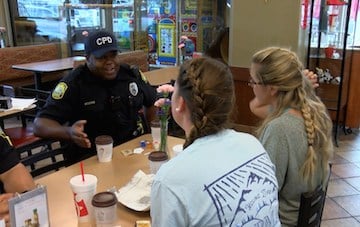 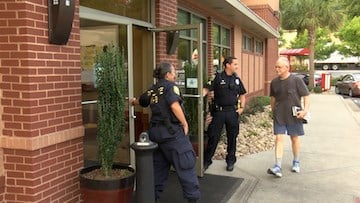 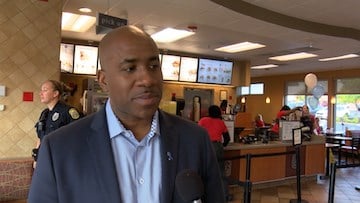 Lieutenant Robbie Williams was the founder of the program, Coffee with a Cop. 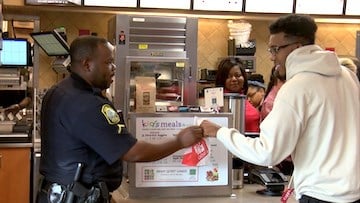 The Chick-fil-a in Five Points is always busy during the morning rush. But Tuesday morning it was especially busy with officers from the City of Columbia Police Department. They weren't there to arrest anyone, they just wanted to grab a cup of coffee and have a conversation with the people in the community.

Officers greeted customers at the drive-thru, opened doors, and even helped deliver food.

This is part of a new initiative to try to bridge the communication gap between law enforcement and the community.

"We have had recent events where we don't have the best communication with the community, so we're doing this to let the community know we're regular people with a uniform on, who have to do a job just like everyone else, and that we are here for them", said Officer Orlando Santos.

The program is called Coffee with a Cop.

The program was started in 2011 by the Hawthorne Police Department just outside of Los Angeles. Program founder Lieutenant Robbie Williams flew to Columbia Monday to hold an eight hour training session for Columbia police.

"We really talked about the success of Coffee with a Cop. How it's been able to bridge relationships and get those officers in a humanistic standpoint, a non enforcement (standpoint)," Williams said. "There's no speeches, no agendas, there's no need to feel intimidated by us. We want people to come out and talk to us, talk about problems and so that we can help come up with a resolution for those problems."

Law officials say that the gap between police and the community keeps getting bigger and bigger.

"You see throughout time when that disconnect happens, you have major protests because the relationship has run afire," Williams said.

This event was planned before the police involved shootings in Tulsa, Oklahoma, and Charlotte earlier this month. This event provided a safe space to talk about the issues.

"I feel like the police brutality has just really gotten out of hand. And while I don't agree with the riots and the violence that is going on, I feel like the citizens have a right to be angry and upset, and to voice their opinions of what's going on," AC Parham said, a University of South Carolina student.

Some people have expressed a distrust of police officers and officers say they are here to listen.

"How do we bridge that gap? How do we sit down with those individuals who have an issue and be able to just listen to them? And also as law enforcement it gives us the call to be transparent about how we operate," Williams said.

The idea of having community relations with police has become a top priority in every major city across the United States. This program is now in all 50 states, as well as Australia.

Williams says people in the community with have another opportunity to sit down with a cop on October 7 for National Have Coffee With a Cop Day.