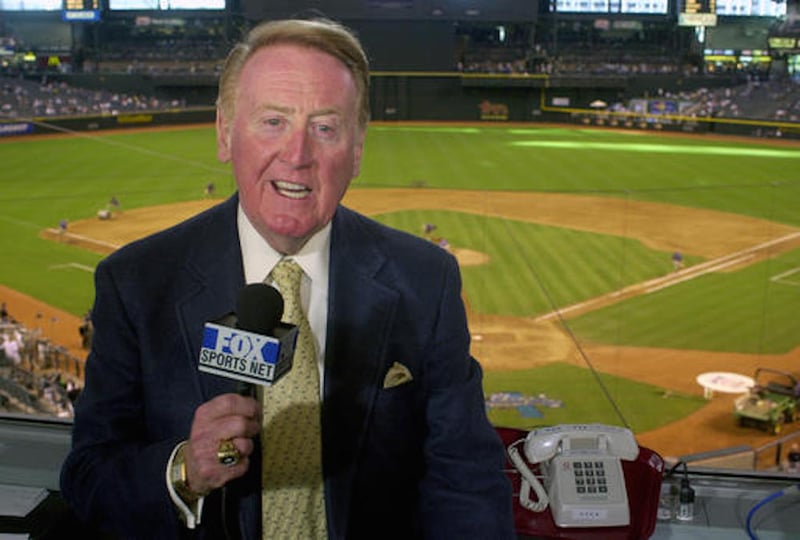 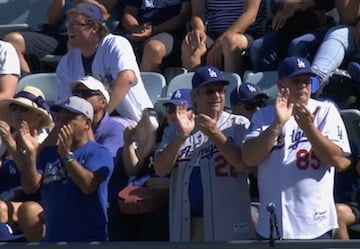 Dodgers fans applaud Vin Scully on Sunday during his final home game as the team's voice. 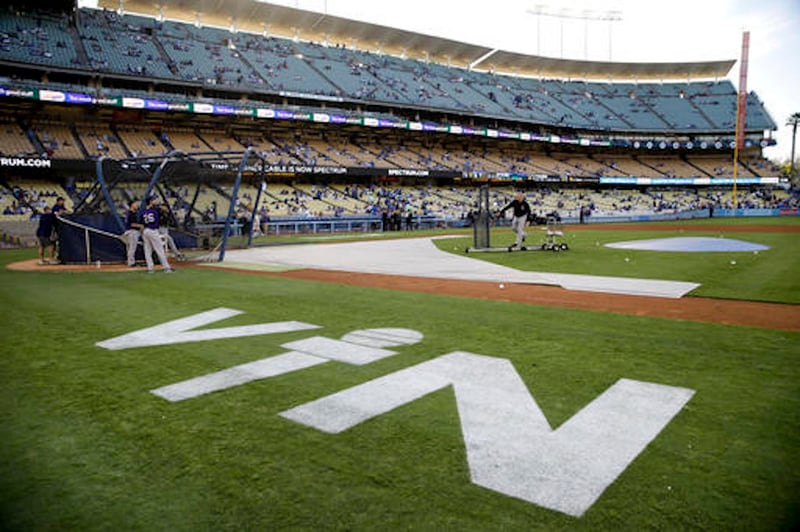 Baseball's soundtrack of summer is riding off into the sunset.

Los Angeles Dodgers play-by-play commentator Vin Scully will retire at the end of the regular season this weekend. He has called Dodgers games for 67 years, including eight when the team still played in Brooklyn.

Brad Muller is content director for University of South Carolina Athletics, and he's also voice of the university's women's basketball team. He says Scully never wavered in his craft.

"It's just amazing that he's able to be that good, that long, and to still appeal to that many generations of fans. Because let's face it—there are some broadcasters, as they get older, can kind of lose touch," Muller said.

USC student Garrett Lash has experienced Scully's appeal firsthand. He grew up in Redondo Beach, Calif., where he inherited a love of the Dodgers—and Scully—from his father.

"He's not just a broadcaster. He paints pictures with his words; his voice soothes you. He tells stories," Lash said of Scully.

Storytelling has always been a key aspect of Scully's approach to play-by-play. He often invites his broadcast audience to "pull up a chair" and take in the story of the game as if listening to a compelling tale from a friend.

Respected traits like this have earned Scully the Ford C. Frick Award, presented by the National Baseball Hall of Fame to a broadcaster who has contributed significantly to baseball. He is also a member of the National Association of Broadcasters Broadcasting Hall of Fame.

Scully will be replaced on the television broadcast team next season by Joe Davis, who has called 50 road games for the Dodgers this year with Scully traveling less frequently. But Lash says Davis will not be able to truly "replace" Scully.

"I'm sure Joe Davis is a fine announcer, but there's nothing, I don't think, he can bring that would even get him close to Vin Scully," Lash said.

Baseball's longtime voice of consistency has cemented his legacy.

"If you listen to [Scully's] audio tracks now and his audio tracks from 40 or 50 years ago, you can't tell the difference," Muller said. "He's timeless."