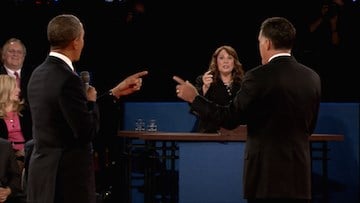 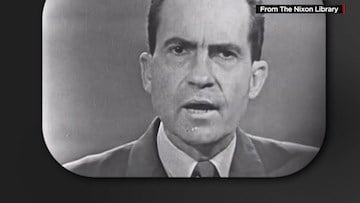 It was Nixon's sweating on the first presidential debate broadcasted on TV that made him look poorly to those who watched. 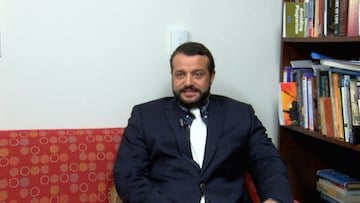 Political science professor Shickre Sabbagha says Trump needs to be like a past president in these debates.

Donald Trump and Hillary Clinton squared off against each other in the first presidential debate Monday night.

Both candidates had a lot of ammo, helping build the hype up to make this debate one of the most talked about presidential debates of all time.

Trump and Clinton had plenty of time to work on their answers for the debate, whether that was fielding mock Q-and-A's, watching their opponent's past debates, or writing up different ways to answer what their opponent would say towards them.

With all this practice, you would think debates would go smoothly every time, but that's far from the truth.

There have been many blunders in debate history, and they've had big effects on a presidential race.

The first televised debate in 1960 featured a sweaty Richard Nixon, which ended up influencing more than half of the people that watched the debate on TV to vote for John F. Kennedy, even though those on the radio thought that Nixon won.

George H.W. Bush's constant checking of his watch made him look bored and unconnected with the debate, which ultimately hurt his chances against Bill Clinton.

The finger pointing of the 2012 debates between Barack Obama and Mitt Romney didn't help either of the candidates, making both of them look extremely bad on TV, and Obama's stuttering and poor performance almost killed his re-election chances.

In 2000, it was Al Gore's sighs when George W. Bush was answering questions that made him look poorly on TV. Even though he was the more articulate and had better answers, the constant sighs were constantly made fun of on late-night TV.

Those examples of a candidates debate performance hurt their chances of being chosen as president, Midlands Tech political science professor Shickre Sabbagha says a candidate in this year's debate should look at a past president who used the debate to his advantage, in order to help his chances, instead of hurting them.

"Donald Trump really needs to be like Ronald Reagan in the 1980 debate," said Sabbagha. "Reagan, like Trump, had a background in the media... in Hollywood... and he used his charisma to beat Carter. Carter looked to take the offensive against Reagan, but Reagan's calmness on camera took charge, and it was very hard for Carter to get back in control of the debate."

It only takes a brief debate moment to hurt the work that the candidates have done, and it'll be up to the public to decide what that moment is.