Election results could turn an immigrant's dream into a nightmar - DatelineCarolina 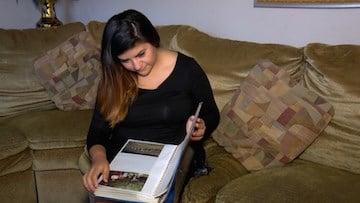 Election results could turn an immigrant's dream into a nightmare 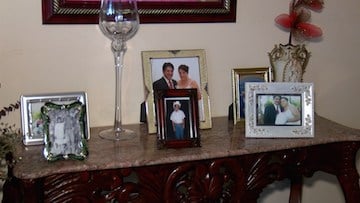 Jackie's family came to the United States in order to have a brighter future. 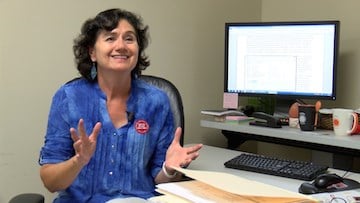 Director of Latino Immigration Studies says immigrants are essential to the economy.

Jackie Mayorga was born in Mexico but has grown up in South Carolina, she's lived here since she was three years old. She and her mom crossed the Mexican border and a desert in order to have a better life. She remembers having to hide in a ditch at night to make sure that immigration officers wouldn't find them.

But entering to this country illegally brought some unforeseen consequences.

Then in 2012, President Barack Obama gave millions of dreamers a reason to dream again. His administration used executive action to create a program called DACA, Deferred Action for Childhood Arrivals. This program gives young people like Jackie, who were brought here as children a temporary legal status for two years until a permanent solution is approved by Congress. People wishing to apply for DACA must meet the following qualifications:

But this action doesn't mean they have a clear path to reaching dreams, they're still limited to certain things like where they can go to college. Jackie was left with a few options and she decided to go to Columbia College where she graduated with a Bachelor of Arts degree last year. She chose this school because it's a private school that gives out private scholarships without the need for filling out the Free Application for Federal Student Aid (FAFSA) which she wasn't able to do.

Jackie was one of the lucky ones to be able to get a college degree but there are other students who might not get that same opportunity.

South Carolina is among 26 states that have challenged the president's executive action on immigration saying it's not constitutional. The program's legality is now before the Supreme Court but it's on hold because there aren't nine Supreme Court justices. And a new justice won't be appointed until after the new president is in office.

Presidential candidate Donald Trump has already said he plans to cut this program on his first day in office while Hillary Clinton says she plans to continue and amend it. But until a new president is in office, DACA youth are unsure of their futures.

The US Citizenship and Immigration Services reports there are currently 11,000 people in South Carolina who qualify for DACA.

Myriam Torres is the director of Immigration Studies at the University of South Carolina who is a big supporter of DACA.

"This program is allowing people to develop their potential. So if a new president comes and takes away all of that and is not pro-immigration reform, it is going to be a big issue for many many Latinos in this country," she says.

Jackie wants voters to think about people like her in November.

"Please vote. It doesn't matter if you're going to vote for Trump or vote for Hillary. Vote because you're privileged enough to have that right and some of us who wish they could vote, can't. So they need to be the voices for those who can't", she says.

All Jackie can do is wait for her future to be determined by voters, a future that could include attending physicians assistant school or deportation.