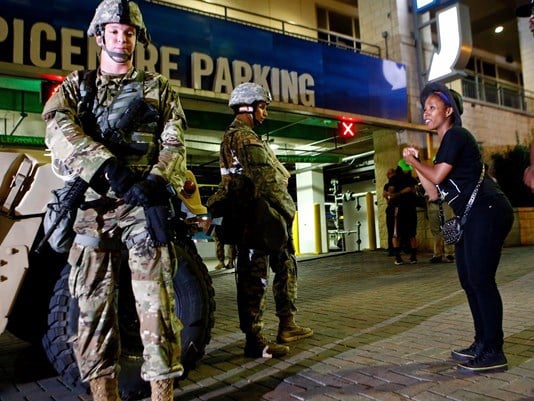 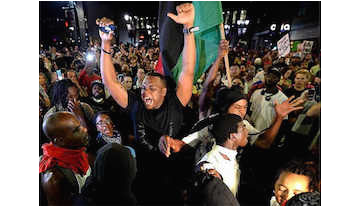 Peace remained in the streets, while protestors chanted. 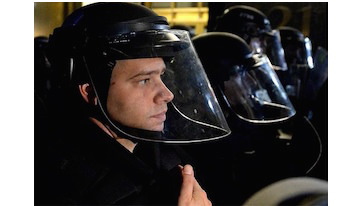 Police officers stood beside National Guard troops in the streets of Charlotte during protests.

Protests in uptown Charlotte remained peaceful Thursday night. It was the third night in a row that protestors took to the streets of Charlotte after the fatal shooting of Keith Lamont Scott.

Scott was shot by a Charlotte-Mecklenburg police officer Tuesday.

Some protests Tuesday and Wednesday turned violent, resulting in a dozen law officers and several civilians injured, over 50 people arrested, and one civilian, Justin Carr, was shot and killed by another protestor. The name of the shooter has not been released.

"These are not protestors, these are criminals that are coming out and doing the damage here in Charlotte. I mean why are you looting? That's not getting your message across, " said Charlotte FOP Spokesperson, Todd Walther.

Charlotte Mayor Jennifer Roberts issued a curfew from midnight to 6 a.m. in the Queen City after Wednesday nights protest lead to looting and destruction uptown. The National Guard arrived in Charlotte Thursday morning.

Protestors returned to the streets Thursday night for a third night of protesting that remained peaceful. Protestors and police officers were shaking hands with National Guard troops and thanking them.

No injuries have been reported from the protests last night.

The National Guard and police will continue to guard the streets until the state of emergency is lifted by North Carolina Gov. Pat McCrory.