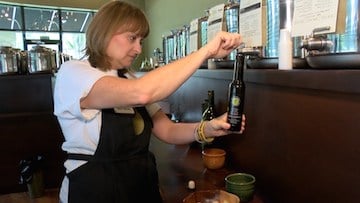 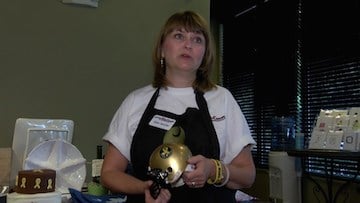 Gina Janvrin shows off stickers that will be on Gamecock football helmets. 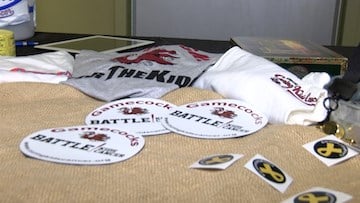 Curing Kids Cancer is a nonprofit that is working to raise money so that one day there will be a cure. Gina Janvrin lost her nephew to childhood leukemia when he was nine-years-old.

"A year after he passed away, my sister-in-law said no child should die because of lack of funding." said Janvrin.

Gamecock football players will sport the yellow ribbon stickers on their helmets during the game against Texas A&M. The Gamecocks aren't the only people raising awareness for the cause, many other SEC and ACC football teams also wear the stickers.

The Crescent Olive donated ten percent of store sales to finding a cure. Customers can taste any of the olive oils and vinegars before they decided to buy a bottle. They have many different flavors including some that are used for ice cream toppings like chocolate, coffee, and strawberry.