Local restaurant uses business to give back to community - DatelineCarolina 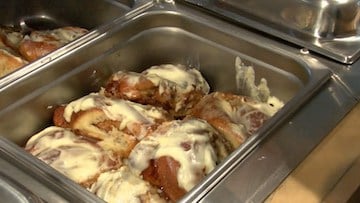 Columbia cinnamon roll restaurant uses business to give back to community 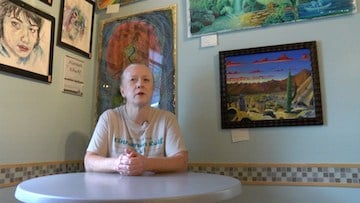 Owner Jody Kreush explains why the community is so important to her. 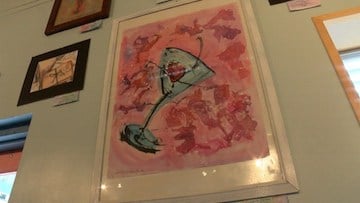 Local artists can display their work while giving to a local charity.

The Divine Cinnamon Roll Deli on Divine Street is rolling out more than just delicious cinnamon rolls. The restaurant, which opened in June, is committed to giving back to the community that has supported it from the beginning.

"We just always try to use local businesses to help each other. It's very important for a strong community," says owner Jody Kreush. "It's extremely important for us to be involved in the neighborhood."

The large cinnamon rolls come plain or topped with a homemade sauce and each one is like a work of art. Fitting, since the restaurant also provides a space for local artists to show off their work.

The art displays are just another way that The Divine Cinnamon Roll Deli gives back. 40 percent of proceeds from each piece of art sold are donated to local animal rescue group, SQ Rescue, Inc.

"I had never sold my art before, and I thought this would be a great opportunity," says local artist Journey Stein. "It's so great that you get to not only help the animals, but you get your art out there. And yeah, the cinnamon rolls are amazing!"

Kreush also supports every day heroes in the community. First responders, EMS workers, police officers, and fire fighters can all stop by the restaurant and get a drink on the house any time they want.

Kreush has big plans to get more of the community involved in raising money for SQ Rescue, Inc.

University of South Carolina students can also enjoy a special deal. On Tuesday mornings, students can purchase any breakfast sandwich with a drink for only $4.95. Don't worry, mini cinnamon rolls are served with every food item on the menu.

Kreush is expanding her space and has no plans to slow down. The restaurant will expand to include offering dinners, as well as a catering business. Kreush also just purchased the building next door.

The restaurant hopes to change the world one smile, one cinnamon roll, and one bite at a time.