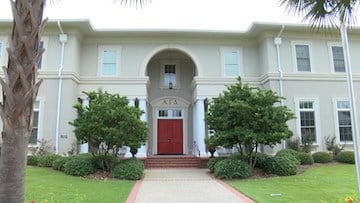 Fraternity and sorority council wrote up a proposal that limited alcohol served by fraternities before the ECU game, resulting in angry Greeks.

The University of South Carolina’s sorority and fraternity councils’ proposition to regulate alcohol consumption went into effect over the weekend.

The changes stemmed from recent events that have put Greek life under a whirl of controversy.

Since the start of the school year, hospitalizations are up 200 percent from previous years. Forty-three students were hospitalized, 30 were either in a fraternity or sorority. The proposal was designed to significantly reduce this number.

The new rules drew controversy among many Greeks because the proposal indicated sorority members would not be able to tailgate with fraternities before the football game against ECU.

The fraternity council and sorority council met and released a joint proposal about changed the regulations.

The Greek life office has yet to confirm how the regulations affected alcohol consumption and hospitalizations for those that are fraternity or sorority affiliated.