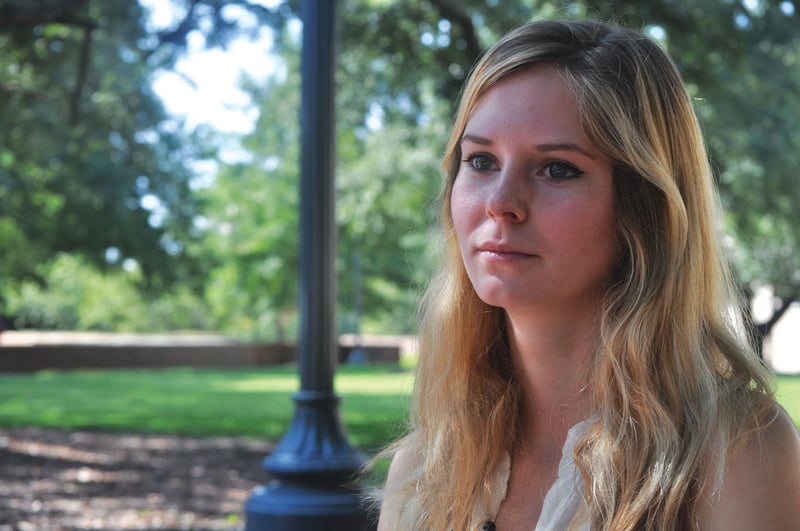 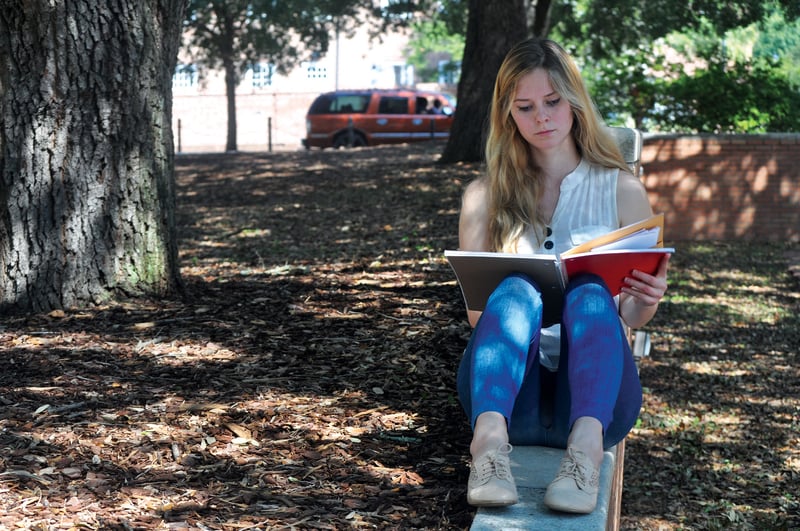 Evgeniya Ermolaeva said that reading self-help literature and learning about how other people have overcome their depression allowed her to start healing from the past and to understand her suicidal thoughts. 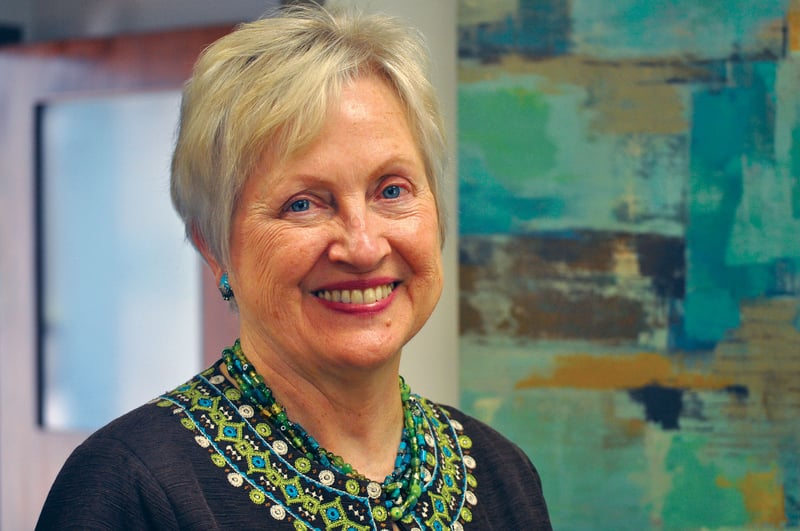 Helen Pridgen, South Carolina area director for the American Foundation for Suicide Prevention, says that National Suicide Prevention Week is a way to get people talking about what they can do to help spread awareness and prevent suicide. 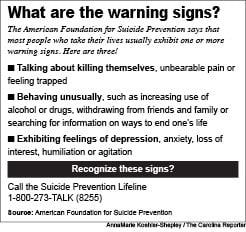 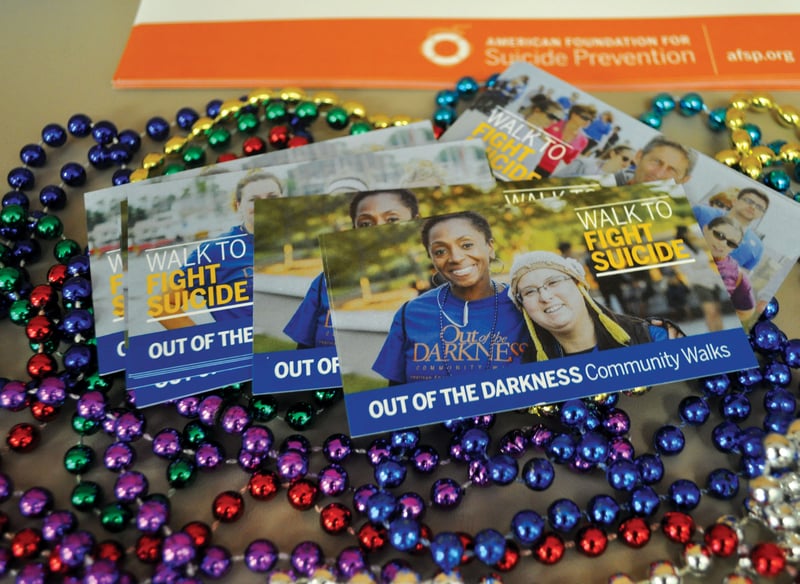 The Out of the Darkness walk hosted by the American Foundation for Suicide Prevention is a supportive environment for anyone who has been affected by suicide. At the walk, participants wear beads that represent different kinds of loss based on color. 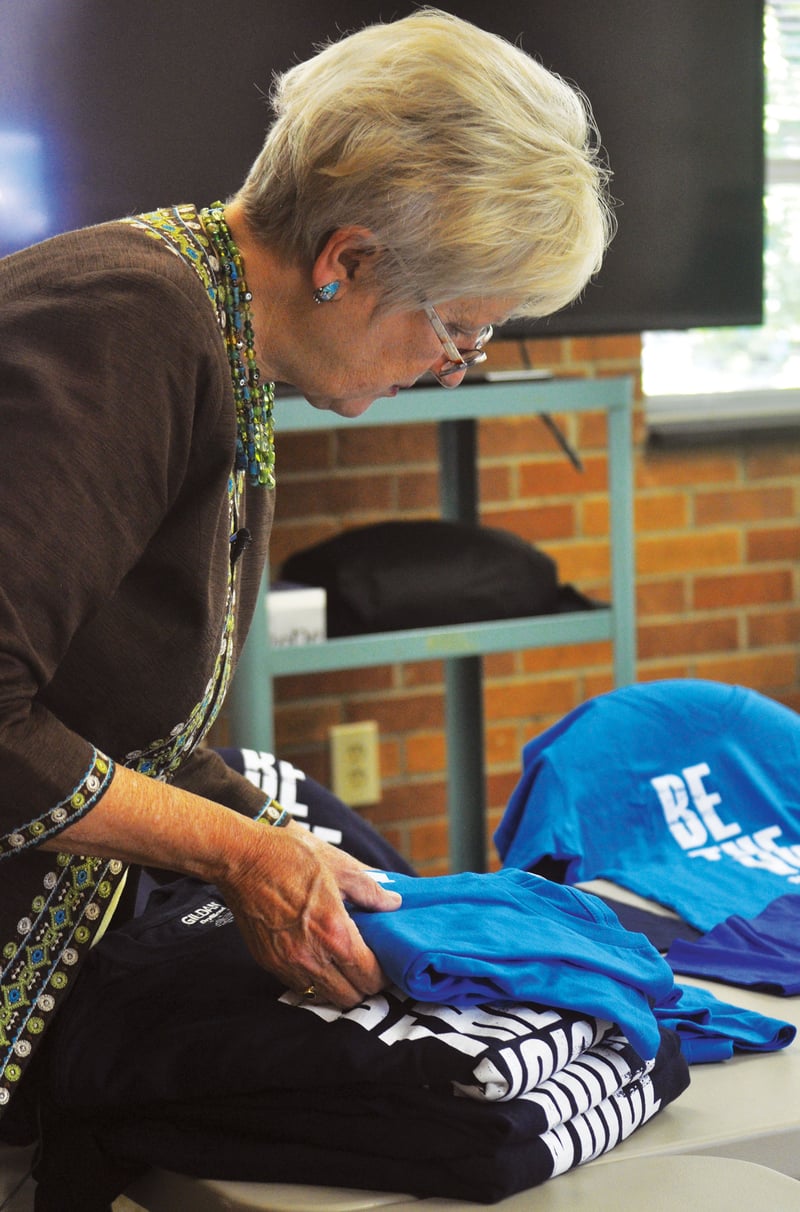 Helen Pridgen, South Carolina area director for the AFSP, sorts shirts for the upcoming Out of the Darkness walk in Columbia. The walk will take place on Oct. 23, 2016, at Boyd Plaza and will raise awareness and funds for suicide prevention research.

Moving to another country with a foreign language and different people can be overwhelming for new immigrants. For Evgeniya Ermolaeva, who moved to the United States from Russia when she was a young girl, these feelings of pain and isolation lingered even after she had adjusted to her new life.

Nationwide, about 80,000 people die by suicide each year, and it is the tenth leading cause of death in the U.S. In South Carolina, a person dies by suicide every 11-and-a-half hours. To raise awareness and increase prevention, National Suicide Prevention Week is recognized every year. This year’s awareness events were scheduled Sept. 5-11.

Ermolaeva, a biology student at the University of South Carolina, has a firsthand perspective on these shocking statistics.

The Ermolaeva family’s move halfway around the world displaced her as a young girl and left her without the familiar social structures she’d always known. For years, she kept her feelings of loneliness and depression to herself.

“I didn’t feel like I could [talk about it],” she said. “I was raised in a pretty strong-minded environment where you couldn’t really seem weak, where you had to keep strong, [and] keep the bad feelings at bay.”

Eventually, Ermolaeva was able to share her pain with her mother, to whom she wrote a letter, and with her boyfriend, who has since encouraged her to seek help.

“After I started opening up to people, I started getting better,” she said. “I knew that someday the pain would go away.”

“We believe that talk saves lives,” she said. “[This week] increases awareness; it gets people talking about it.”

Throughout the week, community members got involved both online through social media campaigns and in person at a number of local summits and walks. These events were meant to train people to recognize the warning signs and give a safe space for survivors and those affected to seek support.

“Suicide is preventable,” Pridgen said. “Let’s work together and save lives and bring hope to those who have been affected by suicide as well.”

Pridgen, who has worked with the AFSP for 12 years and who has served as area director for five, says an easy but important way to help is to keep an eye out for warning signs in loved ones. If friends or family members notice any changes in behavior or mood, she says it is imperative to initiate a conversation and to be that supportive presence for the person in need.

And because nearly 5 million Americans are survivors of suicides of friends, family members or loved ones, it’s important to get the conversation, and the healing that comes with it, started.

“Now I’m at a point where I can actually talk about it,” Ermolaeva said. “I used to not even be able to think about it. So yeah, it gets better; there is a light at the end of the tunnel.”