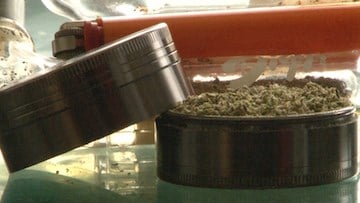 The medical marijuana bill gets a second chance in South Carolina 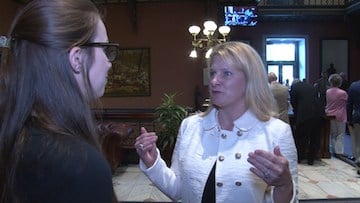 Rep. Jenny Horne says she hopes to bring a new light to the medical marijuana bill in South Carolina. 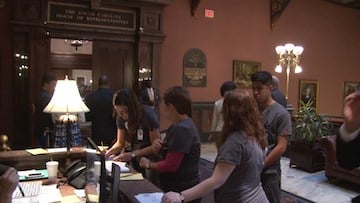 Rep. Horne is trying to get the medical community on board with the bill by explaining how regulated it will be.

Rep. Jenny Horne, R-Dorchester, has introduced the bill to the South Carolina House, hoping to see a different outcome by bringing more awareness to the fine print.

"It's tightly controlled and it's highly regulated. The patient in need would be able to go to the dispensary to obtain medical marijuana as prescribed. It is not recreational marijuana because I am not for that," Horne said.

Like Davis' bill, Horne's will authorize the use of medical marijuana for individuals with certain diseases such as intractable epilepsy, cancer, traumatic brain injuries, glaucoma, and narcolepsy. But unlike Davis' bill, Horne hopes to put out more information about her bill.

South Carolina Sen. Kevin Johnson, D-Clarendon, voted against Davis' bill but said that it doesn't mean he is fully against medical marijuana in South Carolina. He said that in order to get him on board, he hopes to see the medical community and law enforcement on board.

Morgan Howard is a sophomore at the University of South Carolina who watched her older sister have as many as 10 seizures every day for the past 21 years. She said that all changed when her home state of Connecticut approved medical marijuana.

"With this one strand of medical marijuana my sister is down to two or three seizures and has even had seizure free days. It is unreal because she's never been seizure free," Howard says.

USC junior Jamie Canavan has had similar results while using medical marijuana. For 10 years Canavan has dealt with migraines so bad she's had to take medical leave from the university. She said that doctors are quick to prescribe her pain killers like Oxycontin and Vicodin that have life-altering side effects such as loss of memory or immobility. Canavan said she began using marijuana because it was just as helpful for controlling her migraines with none of the extreme side effects.

Despite the positives medical marijuana has, legislators like Johnson said the drawbacks are still more prevalent.

"I think anyone would have compassion, especially for young children with seizures or cancer. But it's hard for me to vote for the bill if the medical community isn't on board," he said.