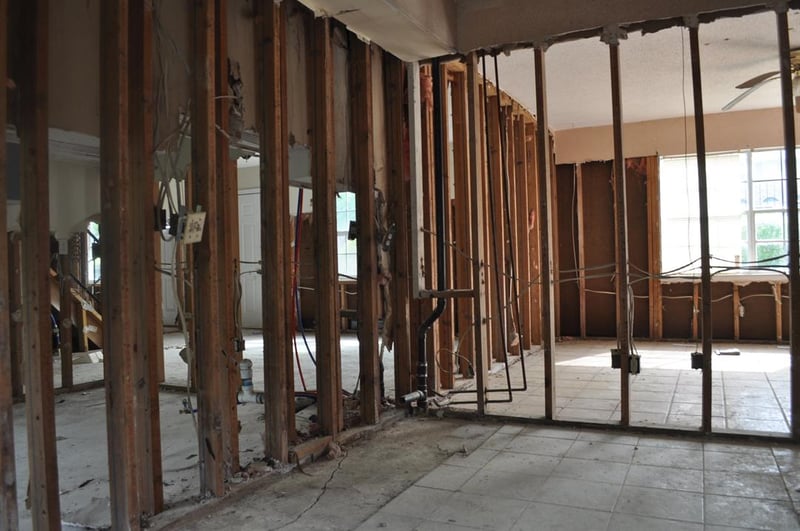 In a Thursday interview, Columbia Mayor Steve Benjamin said the city has made some strides since an historic 1,000-year flood in October battered the region, but he said there is much that still needs to be done to get residents back on their feet.

“We’re on the way back. This is going to be a journey,” the mayor said. “We’ve had some successes securing some federal financial support.”

It’s been a little more than six months since South Carolina was slammed by the historic flood, which poured more than 20 inches of rain over the state over the Oct. 4 weekend, destroying homes and lives in its wake. Nineteen people died in flood-related deaths.

Weather experts suggest there is a 0.1% chance of that level of rain occurring in a given year.

Now, there are still dozens of houses that are irreparably damaged from the flood, and their owners are still struggling to find the money to pay for repairs. These houses, in a state of developmental limbo, lie abandoned in neighborhoods throughout Columbia.

Many residents never had flood insurance, and FEMA, the Federal Emergency Management Agency, gave out a maximum grant amount of $33,000 each to flooded homeowners. Now with FEMA gone, many are faced with the difficult decision of continuing to save money, to rebuild, or simply waiting for a buyout from the city.

According to the South Carolina Emergency Management Division, 251 properties in the state have damage greater than 50 percent. Nearly 72 percent 71.7% of these properties are in Columbia and Richland County.

More than over half the dams that failed during the storm were in the Columbia area, many of which collapsed failed under the deluge of water runoff from upstream developments.

Many areas of Columbia have seen large growth since their corresponding dams were built, and these dams never saw upgrades to match these neighborhoods’ growth.

For some, flooding waters were simply unavoidable, and by the flood’s end 19 people had died and the state had suffered nearly $12 billion in property damage.

The mayor said it is difficult to prepare also discussed the difficulties of preparing for natural disasters properly until you’ve experienced one. He said he believes it is important it , and that it’s important to have a transparent, honest, and meaningful relationship with colleagues and citizens.

Despite the difficulties that everyone faced during the flood, Mayor Benjamin said he had learned discussed numerous lessons that he had learned during the crisis, including the importance of preparation, having the right people in place and having a transparent relationship with your citizens.

“Everything that we knew our citizens knew. It’s empowering to see our citizens and government working together,” Benjamin said.