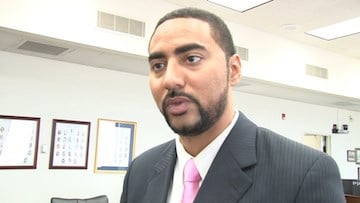 Rep. Bamberg, D-Bamberg, says that this bill is not a joke because it is about the equality of men and women. 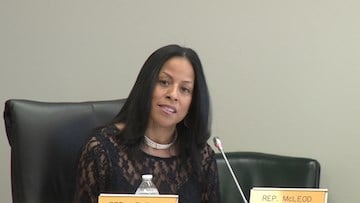 Rep. McLeod, D-Richland, says the bill is about gender equity, not erectile dysfuntion.

Rep. Mia McLeod, D-Richland, is proposing a bill that would make it harder for men to gain access to medicines that treat erectile dysfunction.

“This bill isn’t really about erectile dysfunction, but it is about gender equity," McLeod said during the hearing. “It is my belief that government has no place making the decisions for women or men when it comes to abortion or erectile dysfunction.”

The legislation includes requirements such as obtaining a notarized affidavit from the patient where one of the patient’s sexual partners affirms that the patient has experienced symptoms of erectile dysfunction, conduct a cardiac stress test, and be referred to a licensed sexual therapist.

“The requirements were intentionally ridiculous,” McLeod said. “I think that’s what the requirements are like for women in this state who are seeking to exercise their reproductive right.”

McLeod said her bill is not likely to pass in a male dominated legislature.

House majority leader Bruce Bannister does not believe in the bill. Bannister was quoted in The State newspaper saying that the proposal was a waste of time.

But there is some support from the opposite sex.

Rep. Justin Bamberg, D-Bamberg, spoke in support of the bill during the hearing.

“We as a state need to be very careful when we go about telling people what they can and can't do with their own bodies, and if we’re going to do that we need to do it across the board," Bamberg said. “And it’s not a laughing matter, there’s nothing humorous about infringing on anyone’s rights to their own bodies.”

McLeod says the bill has already served its purpose, where it passes or not.

“It’s already done exactly what I wanted it to," she said. "And that is to broaden the discussion, expose the hypocrisy and ultimately, if I had my way, to get government out of these very private decisions.”

The bill was approved by the panel of Democrats and will go before the Democratic-controlled Medical, Military, Public and Municipal Affairs Committee.If it is approved, the bill will move to the House floor where it is expected to fail.