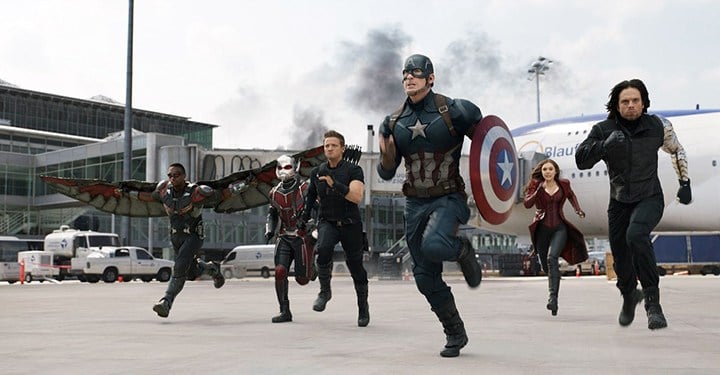 Captain America leads a team of heroes consisting of the Winter Soldier, Scarlet Witch, Hawkeye, Ant-Man and Falcon who are fighting to keep superheroes independent of government regulation. 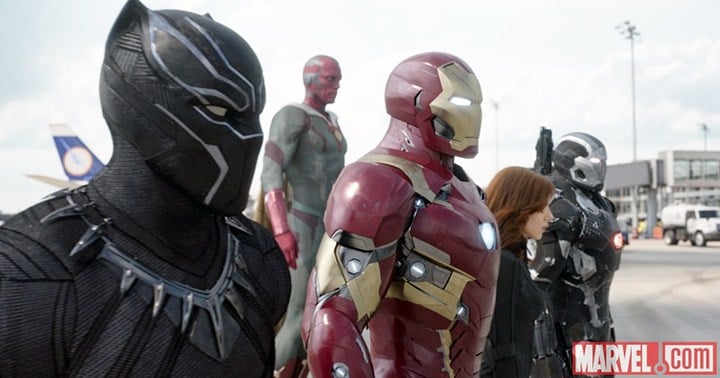 Iron Man leads a team consisting of Black Panther, Vision, Black Widow and War Machine who believes superheroes should register with the government in order to reduce civilian deaths and destruction.

“Captain America: Civil War” is the second movie this year to pit two superheroes against each other but the first to do so in a way that’s cohesive and enjoyable.

The movie manages to raise serious questions about the human cost of mass destruction in the wake of super-powered battles, while acknowledging that on-screen fights can still be fun. “Civil War” is the best of both worlds, able to simultaneously revel in amazing fights among some of comic’s most recognizable characters and challenge what it means to be a hero.

Disney and Marvel have carefully constructed a universe that has built up the friendship and team dynamic of the Avengers, so to see the team split down the middle has an actual emotional impact. Early in the movie, the Avengers are sent on a mission that unintentionally ends with civilian deaths.

As a result, the Sokovia Accords (named after the country where the final fight in “Avengers: Age of Ultron” took place) are introduced that would require superheroes to subject themselves to government regulations. Tony Stark/Iron Man (Robert Downey Jr.) sides with the government while Steve Rogers/Captain America (Chris Evans) wants superheroes to remain independent. The remaining members align themselves with either Iron Man or Captain America.

The teams are set, the conflict is important and the stakes are high for both teams. Let the battle begin.

“Civil War” avoids the problems and inconsistencies of “Age of Ultron.” Directors Anthony and Joe Russo inject humor and relief into a movie with serious implications while avoiding the annoyingly frequent quips and one-liners that plagued “Age of Ultron.” The Russo brothers prove again that they can elevate the fantastical nature of comic books in a way that makes them realistic and believable.

That’s the difference between “Civil War” and “Batman v Superman: Dawn of Justice.” Both movies question what it means to be a hero and who is responsible for the destruction of cities and civilian deaths, but “Dawn of Justice” took itself so seriously that it wasn’t fun to watch.

Writers Christopher Markus and Stephen McFeely adapted Marvel’s Civil War comic to seamlessly fit into the already established cinematic universe. Everything that has happened so far, all the disastrous and deadly incidents, fit together like puzzle pieces that lead to the conflict between the Avengers. There have been changes, but the story still reflects the tone and importance of the comic.

When the Avengers finally duke it out, the fight scenes are incredible and lengthy. In particular, the airport fight scene, shown in the trailers, is a visceral display of both power and restraint. The characters are fighting to win, but they are stills friends treading the thin line of going too far. The choreography is fantastic and brutal, despite some hard-to-follow shaky cam, thanks to the cinematography of Trent Opaloch.

All characters get their time to shine, some more than others. Stark remains the comedic relief and plays a large role in the film opposite Rogers. But Rogers, despite the large cast, is still the focus. Rogers and his friend Bucky Barnes/Winter Soldier (Sebastian Stan) are central to the conflict that unfolds, cementing Captain America at the center of his own movie. It is, after all, a Captain America movie.

Falcon (Anthony Mackie), War Machine (Don Cheadle), Scarlet Witch (Elizabeth Olsen), Vision (Paul Bettany), Ant-Man (Paul Rudd) and the Winter Soldier all get ample screen time. However, with such a large cast, the movie is forced to juggle the amount of time each character gets, leaving characters like Black Widow (Scarlett Johansson) and Hawkeye (Jeremy Renner) on the sidelines. They have a few key moments but feel more like secondary characters on the sidelines.

Then there are the two newcomers. T’Challa (Chadwick Boseman) as Black Panther joins the conflict, siding with Iron Man, after a close, personal loss. Black Panther’s action scenes are amazing, making him easily one of many highlights of the film. His appearance in the movie will heighten fan’s excitement for the 2018 Black Panther movie.

Spider-Man (Tom Holland) makes his debut appearance in the Marvel cinematic universe. Spider-Man doesn’t show up until over halfway through the movie, but he absolutely steals the show. He’s strong, agile, and funny and fits in with the existing Marvel characters in a way that makes him feel like he’s always been there. Holland’s Spider-Man is, by far, the best cinematic rendition of the character.

The Russo brothers took the fantastic “The Winter Soldier” and upped the ante with “Civil War.” The movie is bigger and more ambitious in every way. The movie pays off and is Marvel’s best entry into their cinematic universe to date. The Russo brothers understand that superhero movies can be both fun and seriousness with fantastic action scenes without brooding characters or succumbing to the need of self-importance.

The nearly two-and-a-half hour runtime breezes by, never feeling like the movie is dragging through unnecessary or boring scenes. There’s action and fun to be had without abandoning the important questions raised early on about the nature of superheroes.

Looking forward, “Infinity War” is in safe hands. The Russo brothers have shown they can tell a coherent story while juggling a large cast of characters. “Civil War” is everything comic book and the cinematic universe fans have come to expect from Marvel, and more.

The highly anticipated “Captain America: Civil War” fights its way into theaters May 6, 2016.