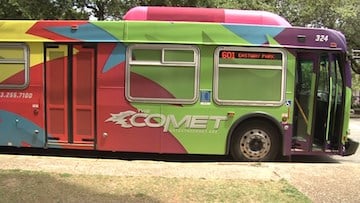 Executive Director of The Comet, Bob Schnieder, says it's an act of kindness. 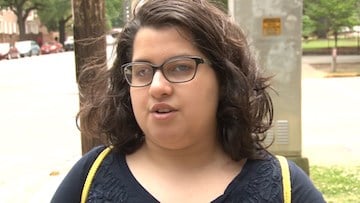 Sasha Couto frequently rides the bus and this won't keep her from riding in the future.

By Gabrielle Ehrens and Courtney Thornley

Prisoners released from Richland County Alvin S. Glenn Detention Center will receive a free one day bus pass when they're let out. The Richland County Council has teamed up with the Comet bus system to provide the transportation.

The former prisoners are currently taken by county vans from the Bluff Road jail to a downtown Columbia bus station. This new plan allows the detainees to pick their own destination and frees the county from having to make several trips a day.

"It doesn't make sense and it is a waste of resources to drive someone down from Bluff Road to downtown when they want to go to Bluff Road. So instead of releasing them with no resources, they will put a bus pass in their hand. It's an act of kindness," said Bob Schnieder, Executive Director of The Comet transit system.

Frequent bus rider Sasha Couto said this will not affect her using The Comet.

"Being allowed to ride the bus is something all the public should be allowed to do. So if they are released it means they are apart of the public now and they have that right," said Sasha.

The county will spend $5,000 in a bulk purchase of day passes. The county council plans to watch just how the new plan operates for the next four months then decide if they'll continue the plan.

You can contact the Richland County Response Center at 803-929-6000 if you have an opinion on the proposed plan.