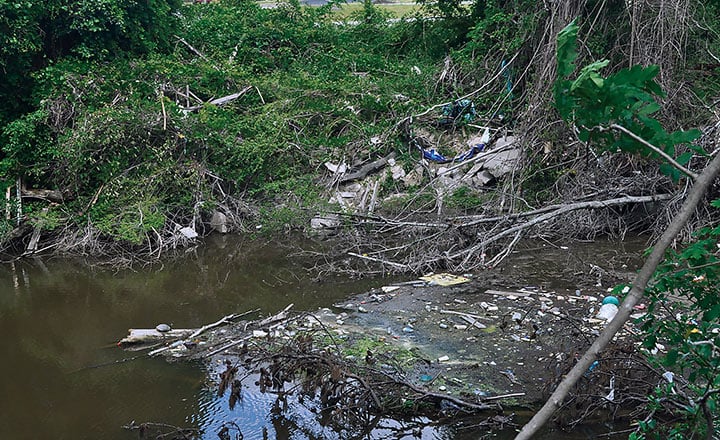 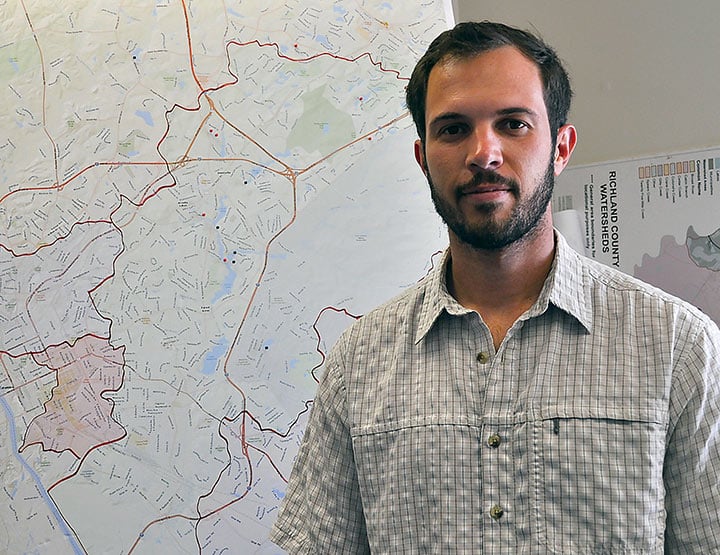 Erich Miarka, program coordinator of the Gills Creek Watershed Association, has hopes that the city will make the rebuilding process as effective as possible and turn the floodplain areas back into its natural green space. 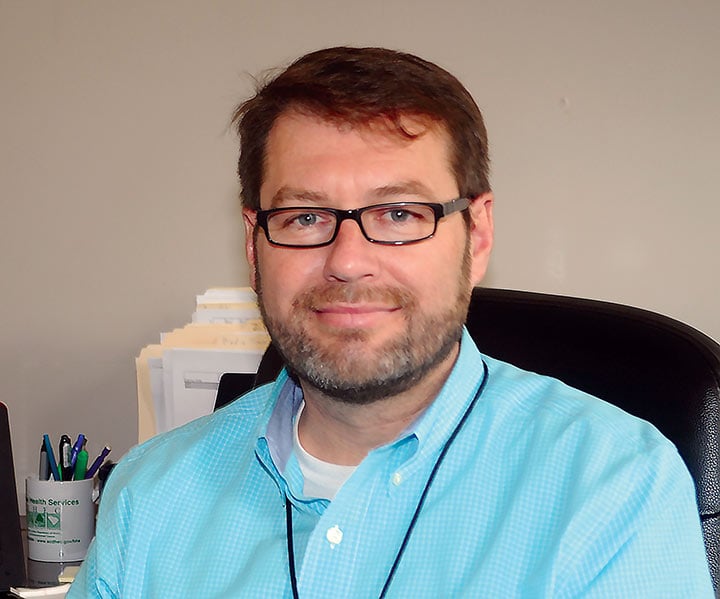 The Department of Health and Environmental Control has had to keep an eye on the reparing of almost three dozen dams that failed during the October floods. DHEC spokesperson, Robert Yanity, says this is the biggest issue and will be ongoing for some time.

Two feet of rain and the collapse of nearly three dozen dams continue to have an impact six months after the October floods. Gills Creek Watershed Association program coordinator hopes Midlands’ governments and ordinary citizens understand the continuing impact of the historic flooding.

As the community rebuilds, Erich Miarka said it is imperative “we get it right,” restoring green space along Gills Creek, the way it once was.

“If we just build back quickly, and we put people back in their homes, we are inevitably going to face the same thing again.”

Six months ago, the Gills Creek Watershed Association, an independent organization that works with other organizations and residents to educate them on the watershed, didn’t consider flooding a priority, he said.

The disaster has changed the way the association does its day-to-day business. Once mainly an educational tool for the Midlands, the organization now works closely with state and federal governmental agencies. Miarka meets with city and county officials on a regular basis to plan “disaster recovery projects.”

“Now, after the flood, I’d say 90 percent of what I’m working on is flood related,” he said.

Areas of the watershed took a hard hit when floodwaters rushed through the city, putting a bigger burden on top of the issues that the waters in the area are already facing.

The watershed covers over 47,000 acres of land and has a population of 140,000, according to the association’s website. 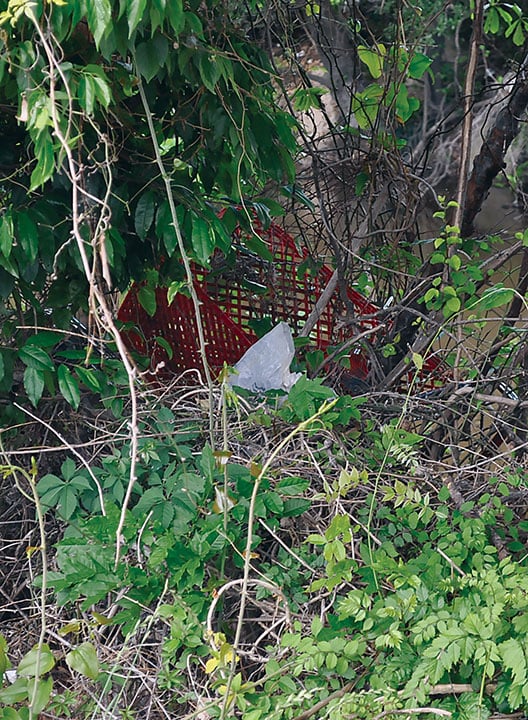 “Gills Creek Watershed is one of the most impaired urban watersheds in South Carolina. It has a lot of problems with water quality, it has low-dissolved oxygen, high levels of bacteria and mercury,” Miarka said.

One of the reasons that the area’s residents were affected so harshly was the fact that so many homes were built on floodplains.

Now that the damage is done, Miarka and the association are working with the city to make sure that the rebuilding process is carried out with the environment in mind. He believes no one should rebuild in the floodplain.

Before city ordinances were put into place, homes could be built in floodplains without regulations, causing most of those homes to be damaged during the flood.

“(Those homes) were grandfathered in,” Miarka said.

The knowledge of floodplains is “nothing new” though, Miarka said. Cheaper land ultimately had its own role in homes being built in the areas.

“You have these developers that come in and want to make some money, and they don’t care if they sell a house or they develop an area in a floodplain because once they build it out and sell the house, it’s not their problem anymore,” he said.

Before, homebuyers weren’t clear on what they were getting themselves into, Miarka said. Now, homeowners who get mortgages through a bank are required to purchase flood insurance if they build in a designated floodplain area.

To make sure the cycle doesn’t repeat itself, floodplain buyouts have become an option. Miarka, residents and county representatives sit on Richland County’s Blue Ribbon Committee in order to advocate for those buyouts.

“We identified 63 or 67 residential structures that we’re going to buyout with the federal funding, give those people a pre-flood market rate for their homes, so even if their home was destroyed in the flood, we can give them 100% of the value,” he said.

If people agree to the buyouts, the city will turn the area back into green space, and building structures on that land will not be allowed anymore, Miarka said.

Miarka said this would “restore ecological functions” because floodplains are designed to catch floodwaters.

The length of time it will take to receive the money depends on which federal program a person applies.

The Department of Housing and Urban Development’s Community Development Block Grant Disaster Recovery Assistance money has already been allocated, but not released and that could take six to eight months, Miarka said. The Federal Emergency Management Agency’s Hazard Mitigation Grant Program has an October deadline, but it could still take up to 18 months before the money is given out, he said.

Now, City of Columbia ordinances require that anyone proposing to build in a floodplain be required to submit an application for building to the city engineer. The engineer is responsible for overseeing and making sure applicants have satisfied all permit requirements and verifying actual structure elevation.

The SCDNR encourages homeowners to build above the “Base Flood Elevation,” the predicted level at which the water will surface during a flood. The elevation level is determined based on the area in which a person lives.

Miarka says some people who would want to build back may have to elevate their homes almost 8 to 10 feet in order to meet requirements. Now, the ordinance states the base floor of a dwelling must be 2 feet above the 100-year flood level.

Besides elevating homes, the risk of dam failure is another factor home and business owners have to consider before returning.

“That is the biggest thing that we see, and it’s going to be ongoing for sometime,” said Robert Yanity, spokesperson for the South Carolina Department of Health and Environmental Control.

DHEC is responsible for monitoring and inspecting about 2,600 dams in the state and about 31 of them were breached during the flood, mostly in the Midlands, according to Yanity.

“We’re not in the dam repair business, but we provide the guidance and approve the plans for a dam owner to make the repairs, or if they decide to, they can permanently breach the dam,” Yanity said.

A plan has to be presented to DHEC before permanently breaching a dam, though.

The green space created from the buyouts would also give dam owners more leverage to permanently breach a dam if decide to go that route.

The dam failures came as a shock for Miarka, describing it as “eye-opening”, but he knew that flooding was going to occur whether they had been breached or not.

“We had 21 inches of rainfall around the watershed, so the flooding was already occurring before the dams failed,” he said, “The dam failures definitely exasperated the flooding issues.” 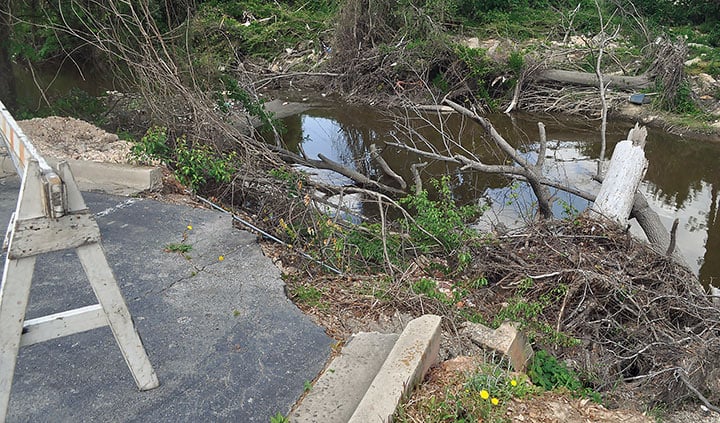 Because five dams have not been repaired, Miarka says the water running quickly downstream, possibly causing more flooding is an issue that they may have to deal with as the rainy season approaches.

While Miarka and his association don’t have the authority to tell the city and residents what to do, they’re invested in the rebuilding process.

“What we’ve been actively doing is in-stream debris removal,” he said, “The creek is still littered with tons of debris, we still have got industrial size dumpsters, shopping carts, mattresses, a “bajillion” plastic bags … people’s lives are literally scattered out there.”

Miarka estimates it will take many years to completely get the areas cleaned, especially because most of the clean up efforts rely heavily on volunteer efforts.