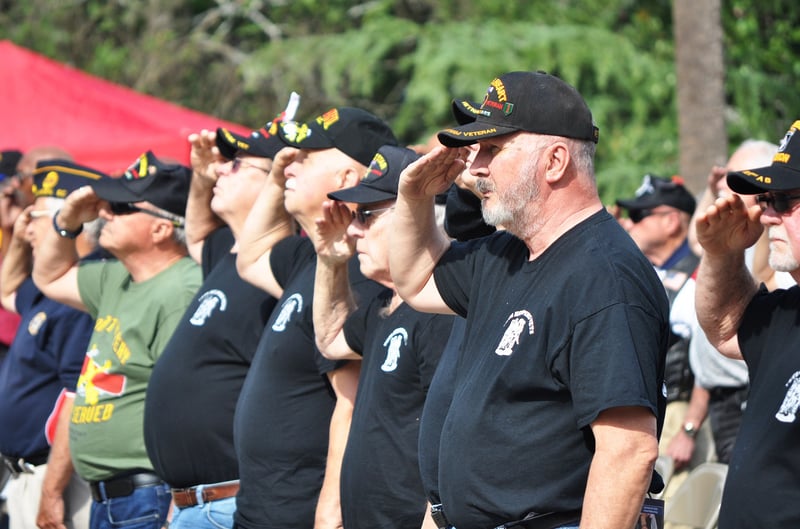 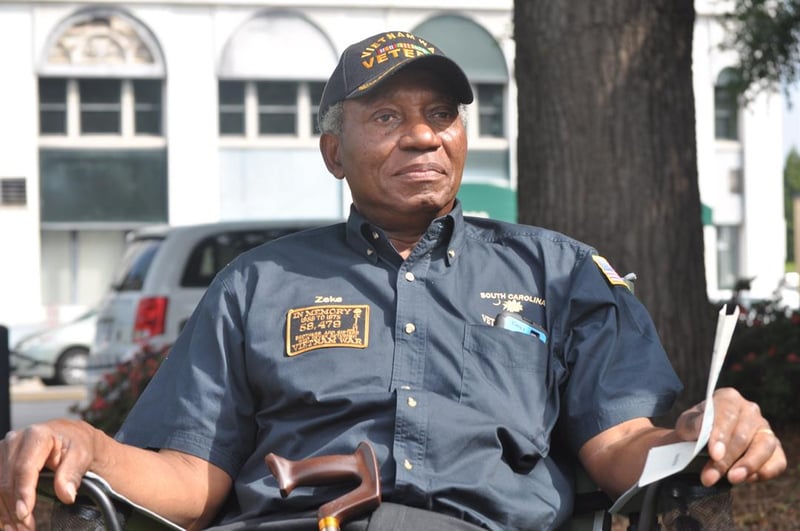 Vietnam Veteran Zeke Felder, who served from 1966-1967, came to the State House rally to show his support and “find out whats going on,” he said. Photo courtesy of Colin Demarest. 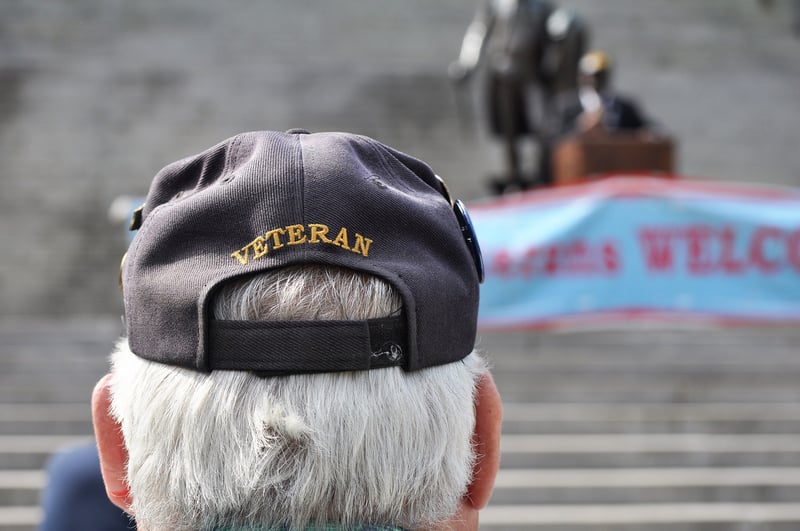 Veterans rally at the SC State House to show their legislators who they are and what that they are advocating for better benefits, such as expanding services for low income and homeless victims. Photo courtesy of Colin Demarest.

The American Legion and other South Carolina military veterans' organizations gathered at the South Carolina State House Wednesday to push for the extension of benefits for eligible surviving spouses and the expansion of service for low income and homeless veterans.

The “Stand Up. Be Heard.” rally drew several hundred veterans to the capital steps. Retired Major Gen. Steve Siegfried was the keynote speaker.

The veterans pushed for better benefits and advocated for themselves to show the legislators what they want.

Harmon Evans, member of the Disabled American Veterans organization, spoke at the rally saying the government should provide as many benefits as possible for those who served.

“These are the men and women who said, send me, I will go,” he said.

Vietnam veteran Zeke Felder, who served from 1966 to 1967, was at the State House to support the vets and the goals they want to achieve.

“There could be more improvement,” he said.

Ralph Abbott served 22 years in the U.S. Air Force and one year in Vietnam. He believes Congress needs to start recognizing battlefield hazards that are causing certain disabilities.

“It took a long time for them to recognize Agent Orange,” he said.

Agent Orange is an herbicide that was sprayed on trees and vegetation during the Vietnam War and now known to cause certain cancers and other serious health issues.

There needs to be people and organizations that push for things like greater accountability at veterans medical centers, where patient waiting is a critical issue, he said.

There has been a history of timely waits at the Dorn VA Medical Center where some patients are waiting as long as a month to see a doctor. Abbott is aware of this and mentions he understands that they have lots of patients.

But he said they seem to be behind and he would like to see some improvements.

Johnny Abraham, who served in Vietnam in 1968, wants to make sure the younger men and women serving today get the benefits they deserve when they retire.

The rally was organized by the South Carolina Veterans’ Advocacy Council and many organizations attended. Some include, The Military Officers Association of America, The Vietnam Veterans of America and The Veterans of Foreign Wars of the United States.