Is Obama abusing his executive power? 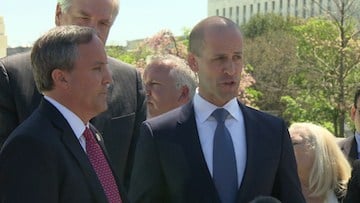 Texas Solicitor General Scott Keller thinks that the was President Obama is using his power should trouble Americans. 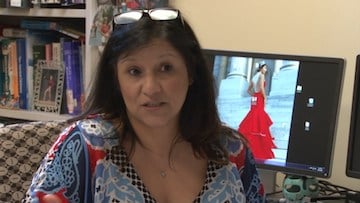 Ednea Meetze thinks that the immigrants remaining in American would be benefitial to society.

Protesters filled the steps in front of the U.S. Supreme Court yesterday to show their stance on President Obama's executive action regarding deportation of undocumented immigrants.

Inside, the justices listened to arguments over whether or not President Obama has the authority to prevent some undocumented immigrants from being deported. The president's executive action say immigrants with children who are legal U.S. citizens could get work permits and not be deported, about 5 million people are covered in the order. They could also receive benefits like Social Security and Medicare

President Obama's order does not only affect undocumented immigrants, it also tests how much power the president has.

Texas and 25 other states are suing the administration for executive outreach.

"It transforms unlawful conduct into lawful conduct, and I think if the executive, the president, has the power to do that I think that should trouble  every American," said Texas Solicitor General Scott Keller.

Edena Meetze is a research associate at the Consortium for Latino Immigration Studies. She has focused her research on new Latino immigrants. Meetze thinks President Obama has the authority to implement the plan and that the immigrants will be beneficial to society.

"Allowing good people that have already given a lot to American society, to the community, to the tax base, allowing them an opportunity to continue providing that," said Meetze.

The outcome of this case lies with the eight Supreme Court justices. The problem with having an even number of justices on the court is the possibility of a split vote. If the Supreme Court ends up split, the lower court's ruling stands, which denied Obama's plan to grant quasi-legal status to illegal immigrants.