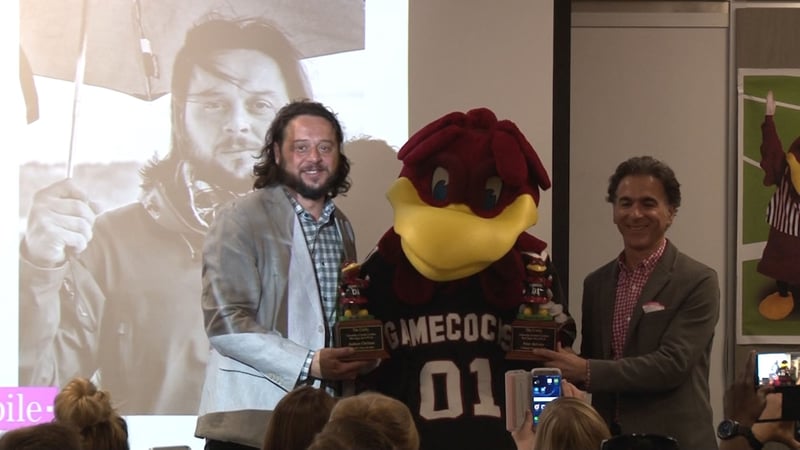 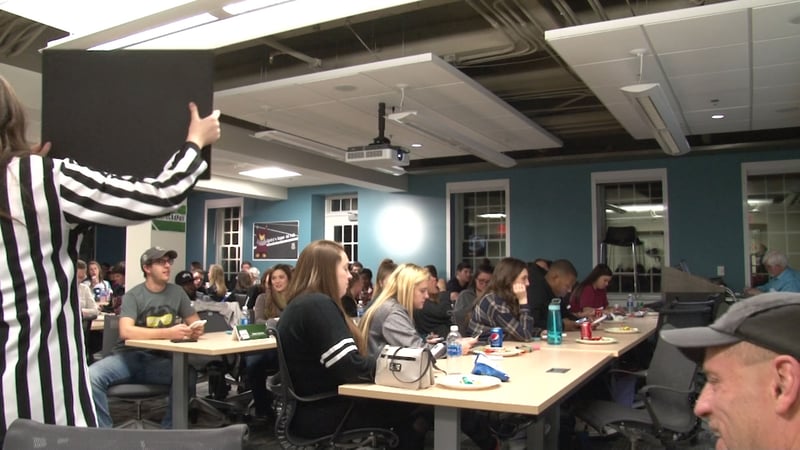 Students gathered to watch the Super Bowl to pick their favorite commercial. 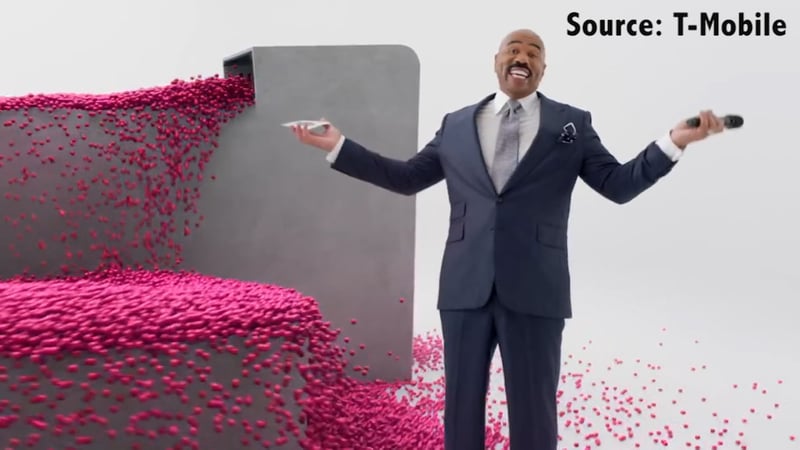 T-Mobile was the winning choice for the 2016 Cocky Award.

Advertising students at the University of South Carolina gathered on Super Bowl Sunday to watch the game and to choose their favorite commercial. The Super Bowl ad poll is conducted by professor Bonnie Drewniany and students in her course on Super Bowl advertising.

T-Mobile won the 2016 Cocky Award for their ad featuring Steve Harvey poking fun at his mistake during the Miss America pageant.

An executive and chief creative officer for T-Mobile, Peter Deluca and Andrew Christou, claimed their statues in a ceremony in Columbia Tuesday. They also spoke to the class before the event about creating the commercial.

Christou says a specific element made the commercial a fan favorite.

"I think it is the humanity in us that we have all failed," Christou said. "We have all made mistakes and to look at yourself and have a little fun with yourself is a good feeling, a delightful feeling that I think really resonated with people on an emotional level and a comedic level."

Even Cocky made an appearance to present the awards.

Christou and Deluca were able to spin a huge mistake into a winning moment.