The RBC Heritage: more than a golf tournament - DatelineCarolina 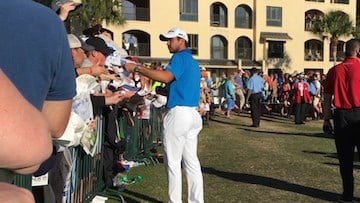 The RBC Heritage: more than a golf tournament 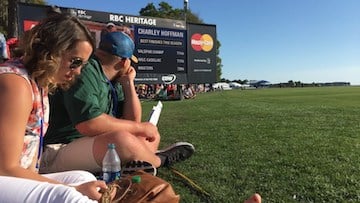 Spectators watch the Heritage golf tournament up close and personal

Teresa Norby's father helped start the golf tournament 48 years ago and she says she plans to keep up the family tradition.

"My parents gave me the opportunity to be here and now I bring my own children here and I hope they will bring my grandchildren here. Hilton Head is very welcoming. It's nice to see the young golfers and the next generation of spectators," Norby says.

And there were plenty of young golfers getting into the game. It was Golfer Eric Weriman's second year at the tournament and he says due to the great energy, sunny weather, and tons of people he can't wait to come back next year.

South Africa's Branden Grace topped the scoreboard after opening the tournament with a round of 66 and closing on Sunday with the same score. His win was his first ever PGA Tour Title. All three top finishers were international players including England's Luke Donald who tied with Scotland's Russell Knox.