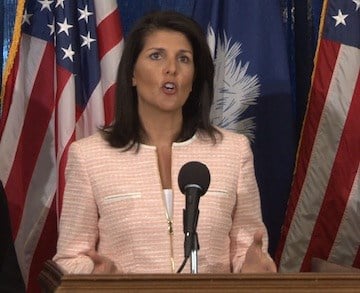 Gov. Nikki Haley spoke on the need for ethics reform at a presser on April 7. 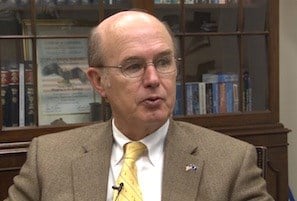 Democratic Senator Gerald Malloy is strongly opposed to the bill Martin is pushing.

The South Carolina legislature has not seen major ethics reform in years. Two key bills that would change things have left the Senate divided.

Bill H.3184 would require complaints filed against legislators to be handled by an outside investigative panel. The Senate and the House members now look into such issues.

The bill is facing controversy on the Senate floor. Sponsoring Republican Sen. Larry Martin has been pushing hard to see this bill pass.

"It’s been presented on a number of occasions that the laws don’t apply the same to y’all because y’all do your own investigations and we don’t know about them unless y’all make them public," said Martin. "That’s why I’m trying to get a commission to do an independent investigation.”

“I do have a problem with the independent investigation commission," said Malloy. "And to take that outside of what I believe are the confines of the constitution.”

The debate on this bill was interrupted April 14, but will begin again when the Senate reconvenes Tuesday.

The second bill, H.3186 would require full income disclosure from members of the legislature. If this bill passes, South Carolina residents would know what and who are providing lawmakers outside income.

South Carolina Gov. Nikki Haley has been vocal about getting these bills passed before session ends this year.

Haley put the pressure on senators in her State of the State address, making a point to call out the Senate's lack of movement in ethics reform.

The income disclosure bill had a second reading during session April 14. There was a unanimous committee yes vote to move the bill forward.

The bill will have a third reading, as a formality, then move to the full Senate and be sent to the House.

If both of these bills pass in the Senate, they will then be sent to the House for approval. If the House approves the current language, it will be given to the governor to sign into law.