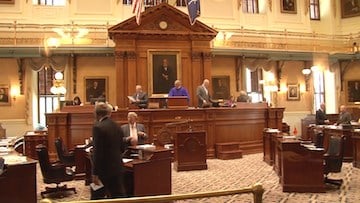 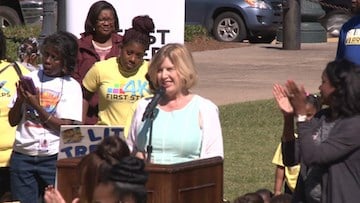 Superintendent of Education Molly Spearman is optimistic about education reform.

A new South Carolina House budget proposal could increase spending on students in state schools by at least $150 dollars each. The South Carolina Supreme Court ordered legislators to money provided to school districts after ruling the legislature had ignored state laws mandating how much they must provide.

The average per pupil amount is now $2,000 but all school do not get the same amount of money. Title One schools, where 40 percent or more students receive free or reduced lunch, receive more money.

The added money would raise the average to $2,350 dollars, $500 dollars more than was spent per student five years ago.  Current state law mandates the legislature provide districts fa minimum of $2,700 per pupil. That would cost $245 million dollars more than what is currently in the House budget bill.

The money is used to pay teachers, improve technology in schools, and buy new books.

The South Carolina Association of School Librarians and the South Carolina State Library Advocate for Literacy and Improved Books the SC Read-In. Students from all over the state attended last week's annual event at the State House.  The lack of funding was a topic of speakers.

"We're dedicated in South Carolina to supporting all of our students so that they can be successful. So I'm really excited that the legislature is supporting us," said Spearman.

If the senate approves the budget plan, it would be the second straight year that K-12 grades would receive more money from the General Assembly.