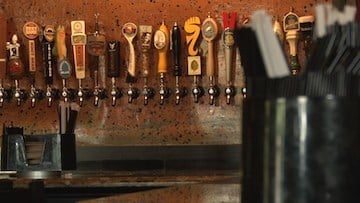 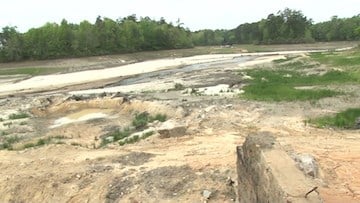 This used to be the scenic pond that customers could enjoy while they ate outside at the Old Mill Brew Pub. 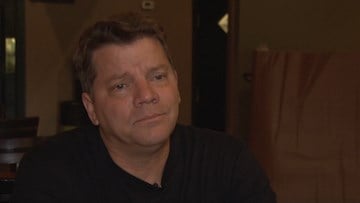 Owner John Clinger wants people to know that despite the lack of outdoor seating the brewpub is open for business.

The Old Mill Brew Pub in Lexington was forced to close for three weeks following October's historic flood, but it is now back serving its loyal customers.

The brewpub is located next to the Old Mill Dam. The dam, built in the 1920s, was not up to current codes when the rain hit in October. The dam gave way to the rising waters and flooded the Old Mill Mall.

Pub owner John Clinger says even with the extensive use of advertising, their biggest setback is people not knowing the pub is open again.

"We've done everything from using local news outlets, newspapers, advertising.That has been the biggest threshold we have to get over," said Clinger. "Probably the second thing was of course was that we lost a beautiful body of water for outside dining."

Flood waters took out most of the pub's outdoor seating, and the once scenic pond has been replaced with construction.

The building's owner, High Seas Reality in Charleston, is working with the city of Lexington to get funding from FEMA to help rebuild the Old Mill Dam and Mall.

High Seas spokesperson Laban Chappell says estimates to replace the dam run from $3 million to $5 million which is well out of the company's ability to fund.

Aside from their outdoor seating, the pub lost a major money maker.

"We also had a cooler with 21 kegs that went down stream, a smoker, assorted equipment," Clinger said as he reflected on the loss.

Clinger says they can't reopen all of the outdoor seating area until the Old Mill Dam is repaired, but the pub is still open for business.