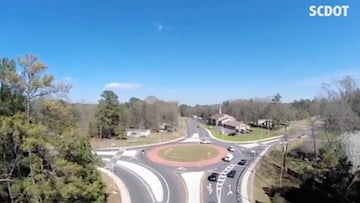 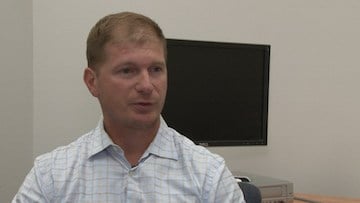 SCDOT Safety Engineer Joey Riddle says 8-10 roundabouts are being planned for the Midlands.

Traffic lights may be the most common intersection control option, but recent studies show they are not the safest. The South Carolina Department of Transportation recently released a study showing that roundabouts are the best option.

SCDOT reports for 2012 and 2013 show that roughly 20 percent of car accidents in the state happen at intersections, resulting in more than 320 deaths. That number lead the department to look into a safer alternative.

The SCDOT Safety Office has constructed 16 roundabouts in the state since 2011. Researchers have analyzed before and after crash data on nine of them. They found total crashes dropped by 74 percent, injury crashes fell by 68 percent, and there were no fatal crashes after changing intersections to roundabouts.

"We have 15 in the safety office that are currently planned, and I think there might be that same number through other funding sources...so probably about a total of 30 that will be constructed in the next three, four years," said Riddle.

Riddle says about eight to 10 of those new roundabouts will be in the Midlands.

The SCDOT Safety Office compared roundabouts to traffic light signals. They found that roundabouts are a safer option because everyone is moving in the same direction, eliminating conflict points. Roundabouts also force drivers to slow down to speeds of 15-20 miles per hour, so crashes that do happen are usually minor.

Despite the facts, Riddle says their roundabout plans are meeting resistance. The SCDOT Safety Office did their research for that too.

For more information, watch the SCDOT video about roundabouts.