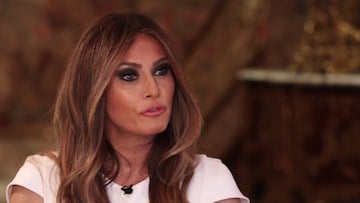 Melania Trump has been the subject of attacks to Donald Trump's campaign. 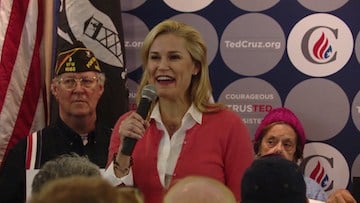 The race for the White House is heating up and arguments centered on candidates' spouses over the last week. All candidates have differences in personalities and backgrounds but, can the same be said for those candidates’ spouses? Are those differences factors when it comes to the decision process for voters?

Heidi Cruz is an accomplished businesswoman who comes from a political background. She served with the Bush administration in 2000 where she met her husband. She's now an investment manager at the multinational investment firm Goldman Sachs. She has also served as member of the Council of Foreign Relations.

Melania Trump is just as accomplished in her own field of fashion and modeling. She has modeled for many designers all over the world and she contributes to several charities, including the Breast Cancer Research Foundation. She has been honored by the American Red Cross and the Boys Club of New York multiple times.

The two women come very from different backgrounds but, do those backgrounds make an impact in voter opinions?

“It’s tough to say,” says Shickre Sabbagha, a political science professor at Midlands Tech. “The impact with a spouse is how presidential the spouse makes the candidate look and the degree to which could reach out.”

"No I don't think so," says Taylor Dukes, a Bernie Sanders supporter. "Despite how much I dislike Donald Trump, I think a lot of the attacks on his wife are in poor taste. However, how a presidential candidate treats his or her spouse her matters a lot to me."

“As long as he or she is not engaging in anything that’s illegal, I don't care,” says Ian Braddock, a Republican. “If you want to be a model and pose nude have at it. It’s your life.”

"I would say Melania helps Trump if anything," says Anna Chapman, chairwoman of the Republican Party at USC. "She has a lot of class much like his daughter Ivanka. I will say though, I don't think Heidi helps or hurts Cruz at all."

Wives have been the focal point in the Republican debate but Bill Clinton is also a wild card who could influence voters in November. A poll done by the New York Times in February 2016 says Bill Clinton is popular with only 39 percent of voters. But does having presidential experience help make voters feel less of “the Bern?”

"I think Bill still has it,” says William Meyer, a Democrat. “I don’t really like Hillary but I do feel like a vote for her is a vote for four more years of Bill, which I’m okay with and would probably want.”

While the First Lady may not have any specific duties that come with her title, some voters also feel you can judge a candidate somewhat based on the personality of their spouse.

“Yes, a candidate’s spouse absolutely matters,” says Devin Kelley, who is undecided. “Bernie Sanders' wife does not look the part to play First Lady, and that can be discouraging. You can't have a plain Jane. She needs to be a woman with grace and taste.”

There are many aspects voters look to when it comes to picking a presidential representative. At least with a few voters, even spouses matter and can change one vote.

“Spouses can help rally voters to a candidate's side. The title of President is pretty demanding and prestigious,” says Shickre Sabbagha. “It makes sense the First Lady would be as well and as scrutinized.”