A night of firsts in the name of fashion - DatelineCarolina 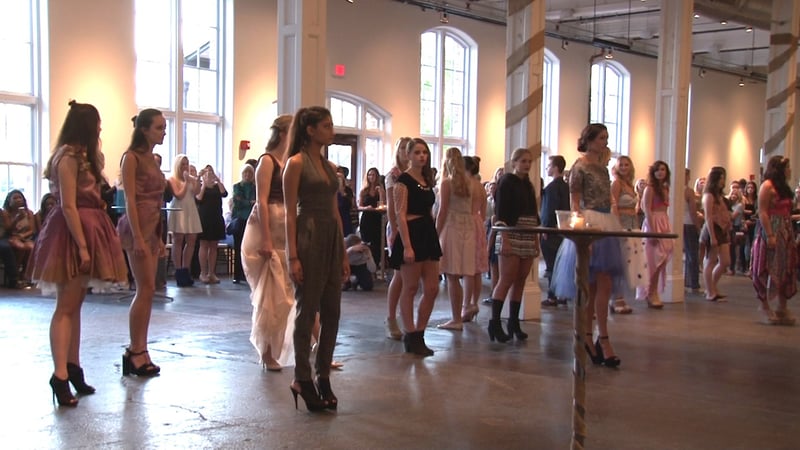 A night of firsts in the name of fashion 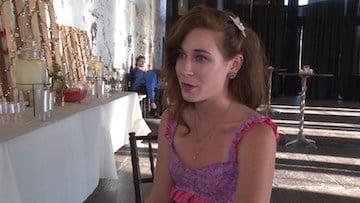 Student designer Lyssie Ropp says that she dreams of becoming a costume designer. 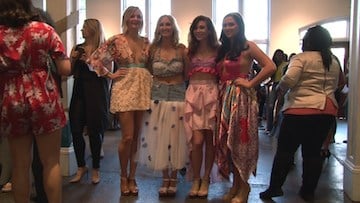 Ropp's inspiration for her fashion designs were the personalities of her roommates who also served as her models.

Excited pop music played as models strutted down a winding staircase at the Student Designer Showcase during USC Fashion Week.

USC student designers have spent months brainstorming and creating new fashions to get a chance to show their creations at the Finale Show.

The Finale Show will feature spring looks from Columbia boutiques.

One student designer says her designs were put together in a matter of weeks. Lyssie Ropp decided to submit her fashion designs that she created in less then four weeks. Her creations were driven by a spring, pastel-pixie look combined with a woodland fairy vibe.

“This is my first time doing the showcase,” says Ropp. “Once I decided if I don’t do this in college I’m going to regret it. But I did it all in a matter of about two weeks so there were a lot of sleepless nights.”

Those sleepless nights were witnessed by her college roommates who also served as her models.

Roommate Haley Jannetty, was more than happy to show support and model the design that Ropp made specifically for each model’s personality.

“Not all the designers know their models, but I liked having them be my roommates so I could get their personality in it too,” said Ropp.

Ropp wasn’t the only one to experience a first that night. The format of the show was designed in a new, unique fashion.

The models didn't just walk down a runway, they also gathered in front of the audience and judges, allowing onlookers to get up close and personal.

“People can just observe and kind of get a vibe for the designer and their inspiration so it’s just more interactive and much more like an art exhibit than just a runway show,” said Rilinda Harris, Fashion Board Director of Programming.

This experience was indeed interactive as people walked up to models, touched the cloths and asked the designers questions.

Student designer Marisa Martin took top honors for her creations. Even though Ropp didn't win, her spirits were still as high as the models’ high heels.