Kasich and Cruz to split the map? - DatelineCarolina 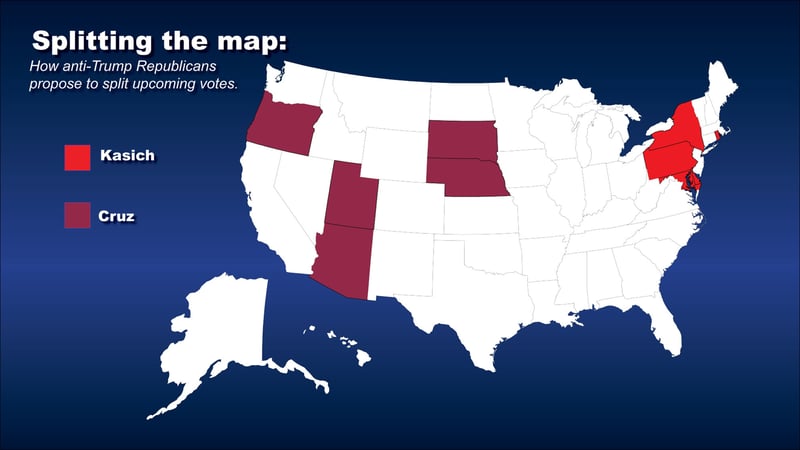 Kasich and Cruz to split the map? 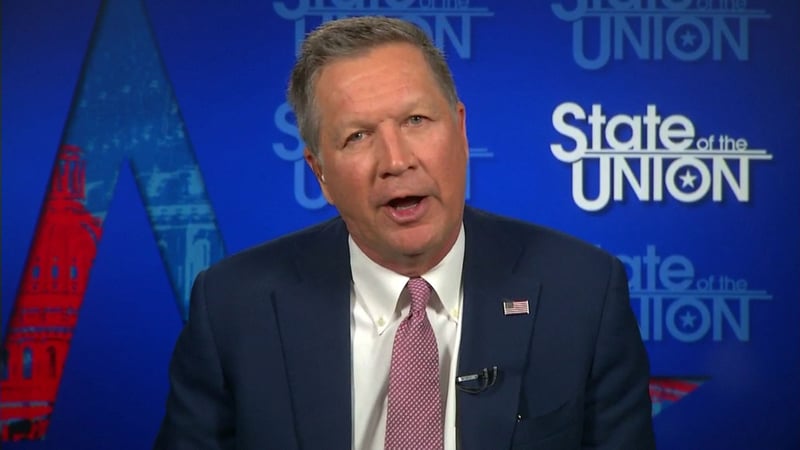 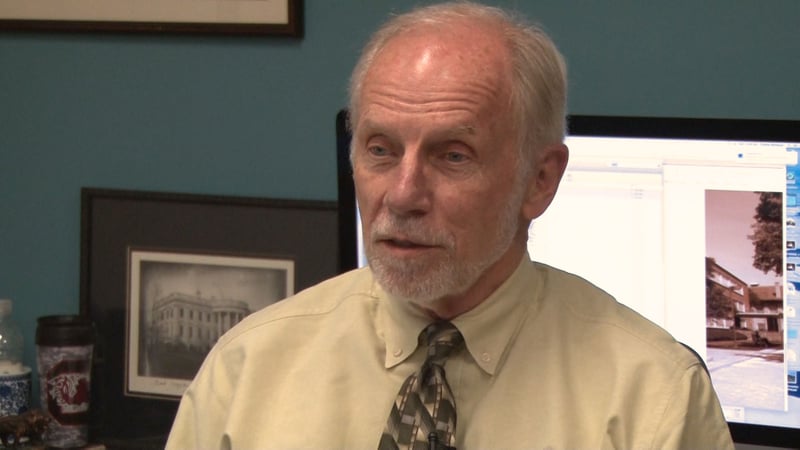 Dean Charles Bierbauer says the Split the Map plan is an act of desperation from the Anti-Trump Republicans and it may be too late.

The latest plan from some anti-Trump Republicans is called Split the Map. It calls for the remaining Republican presidential candidates, John Kasich and Ted Cruz, to divide and conquer the East and the West.

Kasich would focus all of his campaign resources and time on Eastern states like New York, Delaware, Maryland, Pennsylvania and Rhode Island, which all have primaries at the end of April.

Cruz would focus on the Western states, Arizona and Utah, with primaries on Tuesday, March 22. Then, he would focus on Nebraska, Oregon and South Dakota in the coming weeks.

Strategists think this plan will stop Donald Trump's momentum, but Kasich told CNN he is not thinking that way at this point.

"I'm thinking that we're getting momentum and I can go East and I can go West," Kasich said. "You know, think about California and me, OK, you know, I've got positions that unify people."

A senior Cruz official dismissed the Split the Map strategy as unsuccessful.

Dean Charles Bierbauer of the College of Information and Communication at the University of South Carolina says it is an act of desperation to keep the billionaire from getting a nomination.

"The Republican party seems to be desperate for some kind of plan that will preclude Trump getting to the convention and winning a first ballot nomination," Bierbauer explained. "Whether it is split the map or divide and conquer, whatever it might be, it is clear that some parts of the party are just looking for an alternative they can find."

Kasich reassured the Republican Party at the CNN State of the Union that he has the situation under control.

"I don't know why everybody's so panicked about this," Kasich said. "Everybody needs to take a little chill pill, to tell you the truth."

According to the New York Times, Trump has the delegate lead with 673. He is over halfway to the 1,237 needed to win nomination.