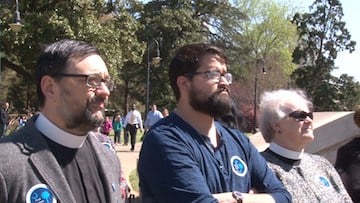 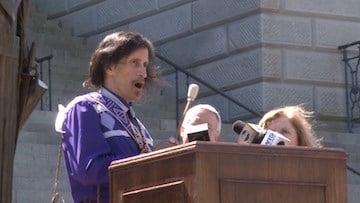 Chief Dr. Will Moreau Gains of the Cherokee Indian Tribe of South Carolina sang "Amazing Grace" to conclude the event. 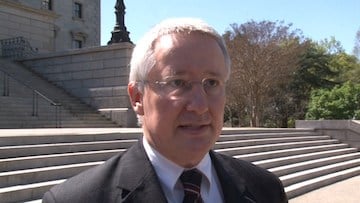 One golden rule was emphasized to South Carolinians on March 21: "Do unto others as you would have them do unto you."

The South Carolina Human Affairs Commission hosted the first End Racism Day at the South Carolina State House. The goal is to prevent and eliminate discrimination and promote a dialogue among diverse groups of people.

"It is your responsibility to bring that to life and educate them if we are going to move forward in this state. We have to be able to look at things from more than one perspective," Sen. Scott said.

"And that night, we witnessed perhaps the most horrific racial incident in modern time, and we witnessed it here in South Carolina," Sen. Lourie said.

The Confederate flag was taken down the following month after the shooting. That was one step South Carolina has taken to promote harmony. But Sen. Lourie thinks more needs to be done.

Guided walking tours followed the speakers along with an art exhibit, a panel discussion and a presentation of the documentary Wattstax at the Nickelodeon Theatre.

The documentary captures performers from the black community at the Watts Summer Festival that came together to remember the 1965 Watts, Los Angeles riots.