With suspensions, Gamecocks depth to be tested - DatelineCarolina 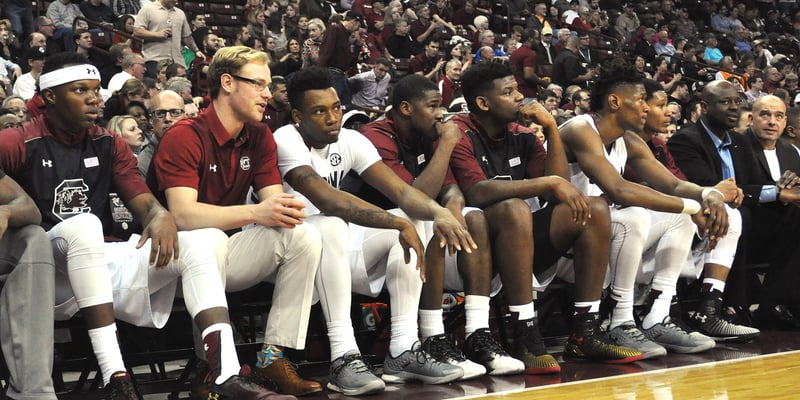 With suspensions, Gamecocks depth to be tested 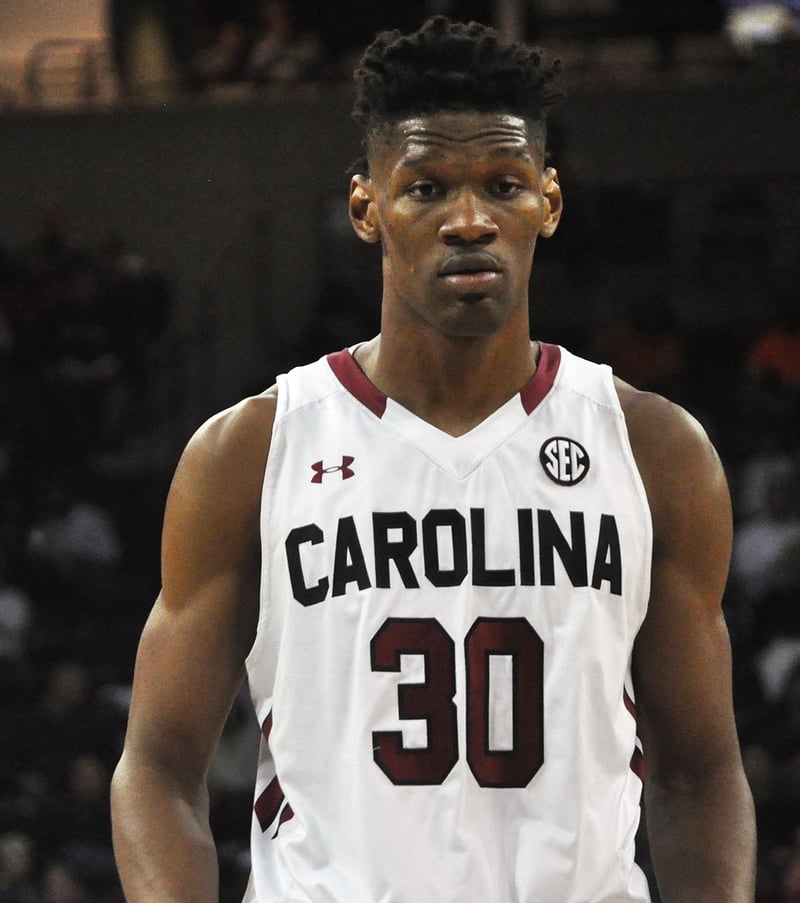 South Carolina freshman forward Chris Silva, who is second on the team in blocks, was one of the five players suspended Tuesday for a conduct issue. -Photo courtesy of Colin Demarest 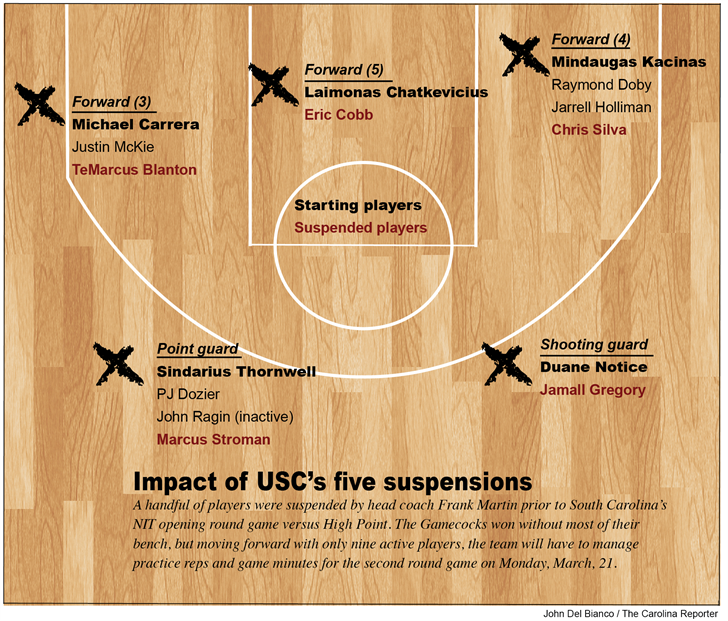 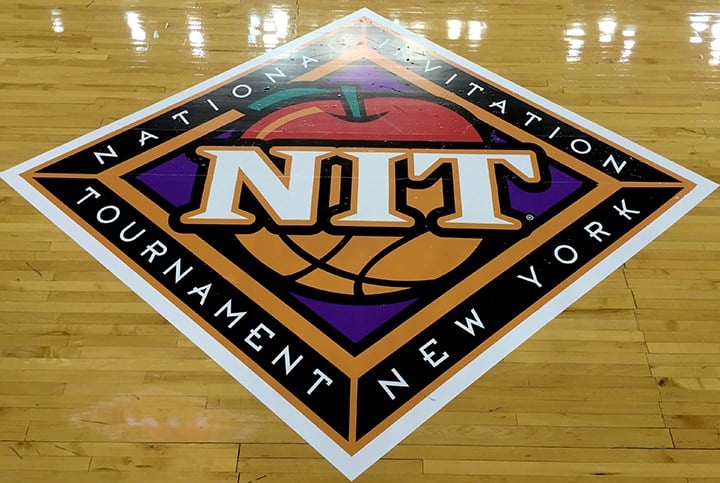 With the Gamecocks hosting games as a No. 1 seed, the Colonial Life Arena court will showcase two NIT floor stickers.

From winning its first postseason game in a decade to tying the program’s single-season wins record with its 88-66 victory over High Point Tuesday, South Carolina’s men’s basketball team has plenty of good story lines.

But in sports, bad news usually overshadows the good. A few hours before the records were set and shortly before the game was scheduled to tip-off, head coach Frank Martin announced the suspension of five players due to a “conduct issue.”

Following the game, Martin was asked if the players would be reinstated next week or at all. He responded with, “I have no idea.”

“Every single person in our locker room, when they get admitted to the University of South Carolina, they have to understand that this is a special place,” Martin said. “There are certain things that we have to accept when we decide to play, work, coach, employ, whatever. If you’re one of the 13 that accept scholarships to play basketball, you have to realize that basketball is a privilege; it’s not a right.”

The group makes up more than half of the Gamecocks’ bench, with Silva, a forward, and Stroman, a guard, serving as two key depth players. Stroman, a back-up point guard, averages 14.8 minutes per game. Silva has averaged 13.3 minutes off the bench and started six games.

A No. 1 seed in the tournament, the Gamecocks played well despite having only nine active players. USC’s five starters combined to score 78 of the team’s 88 total points, led by senior forward Laimonas Chatkevicius’ career-high 30 points. Junior guard Sindarius Thornwell commanded the USC backcourt and scored 20 points, his third straight game with at least 20 points.

“We focused on the task we had. We didn’t focus on the situation,” said Thornwell when asked about the pregame news. “We focused on the game we had coming up and tried not to let it distract us. The main focus was to win and that’s what we came out to do.”

Should the Gamecocks win their second round game on March 21, quick turnarounds will follow in the tournament setting. The team’s veterans will have to stay out of foul trouble and the starters will be relied on heavily to score consistently.

Because his key contributors are still on the team, Martin said game management won’t change drastically, but controlling the pace and tempo of practices will be difficult.

“Practice is where you want to be careful because you don’t want to run the ground because when you do drills, guys don’t get the rest,” Martin said. “Now, it’s the same group of guys in every drill, so I have to manage.”

Senior forward Michael Carrera came back from his injury just in time. After missing two games with a right hip injury, he came back Tuesday to provide his usual double-double presence.

Late-season suspensions are not new to the team. Last season, Shamiek Sheppard and Demetrius Henry were both suspended indefinitely, missed the last nine games of the season, and left the program shortly after.

The Gamecocks will host the winner of No. 4 seed Georgia Tech and No. 5 seed Houston on Monday, March, 21 at either 7 or 9 p.m.