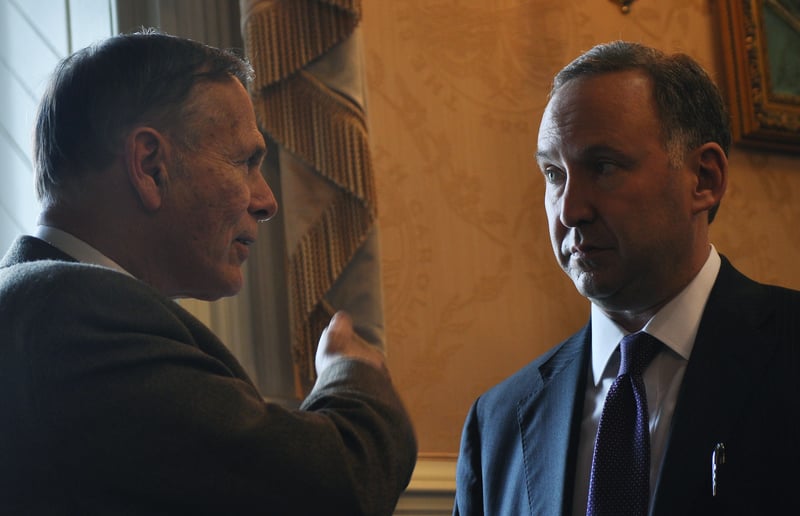 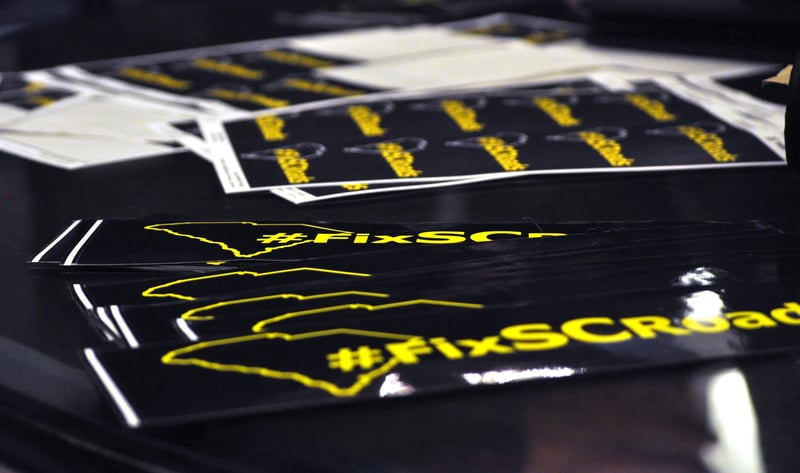 Following a State House speech by the South Carolina Alliance to Fix Our Roads, advocates signed petitions and picked up bumper stickers to show their support.

South Carolina’s Senate made headway this week on a bill that would address the state’s decaying network of roads by providing an additional $400 million in road money.

But the proposal is already hitting a major roadblock in the House. On Thursday, House Speaker Jay Lucas, R-Darlington, expressed skepticism about the Senate road deal that uses monies from the general fund, saying in a statement that it “simply kicks the can further down the road and frankly, into a pothole.”

The agreement reached in the Senate ends the gridlock and filibustering, led by Sen. Tom Davis, R-Beaufort, that has dominated the upper chamber ever since it began debates on a bill passed by the state House of Representatives last spring. The filibuster was in opposition to an increase in the state gas tax.

The bill in the Senate, as it stands now, does not include a hike in the current 16 cent gas tax, and is far from the $1.47 billion that the Department of Transportation says is needed to fully repair roads and bridges.

Gov. Nikki Haley has stressed that she would not sign a bill that included a raise in the gas tax and did not include income tax relief.

DOT Secretary Christy Hall says she is encouraged by the dialogue in the Senate but still has concerns.

“My greatest fear is that we may have waited too long,” Hall said.

...If passed, the roads bill will go back to the House of Representatives where it will face a new wave of deliberation and possible amendments. Sen. Lee Bright, R-Spartanburg, who participated in the filibuster, says that he is satisfied with the development. 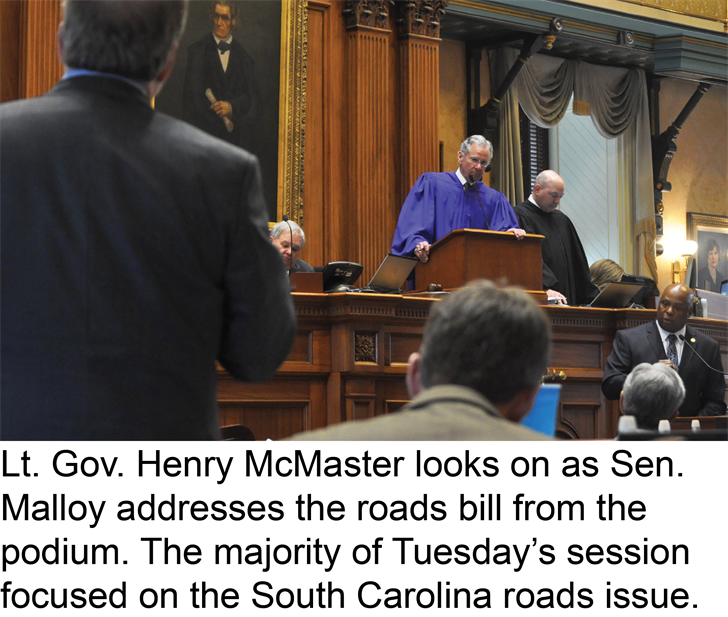 “We’re going to fix the roads and we’re not going to have a gas tax increase. So there won’t be a desire for the increase,” Bright said.

Sen. Raymond Cleary, R-Georgetown, commended other states that have managed to fix their road problems, including Michigan and neighboring Georgia.

He attributes their success to a legislative relationship with the governor, something he says is distinctly lacking in South Carolina.

Sen. Joel Lourie, D-Richland, feels that the proposal in the Senate is a temporary solution but he is glad to see progress.

“I think we’re going to get a roads bill through, but it doesn’t appear that the will and support is to do what is really necessary,” Lourie said.