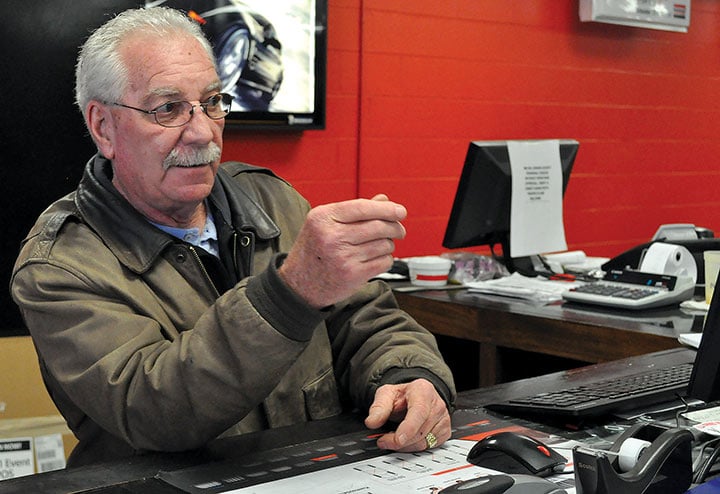 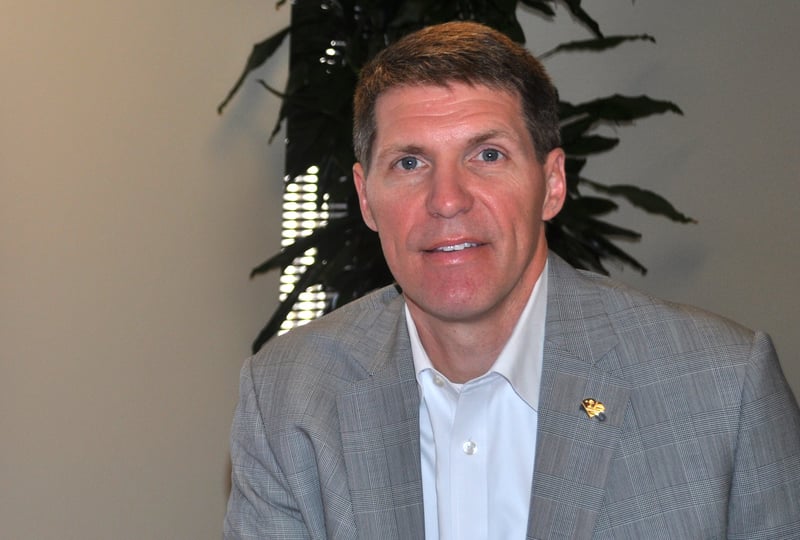 S.C. Chamber of Commerce President Tedd Pitts said there is a lot of work to be done to solve the road condition crisis in the state.

By Cecilia Brown and Lia Grabowski

The deterioration of South Carolina’s once pristine highway system has angered drivers, mobilized coalitions of business and safety advocates, and concentrated the minds of lawmakers debating what to do and how quickly to it.

Roads in the Palmetto state, said one traffic safety advocate, have become “non-forgiving.” And people are mad as heck about it.

“There are roads that are uneven, there’s poor infrastructure, roads without shoulders,” said Steve Phillips, the traffic safety manager and spokesman for AAA Carolinas. “South Carolina is a tourism state. We have to put our best safety on our roadways.”

Most visitors to South Carolina’s tourist destinations like Myrtle Beach travel by car. Tourists, businesses and locals are all affected by the crumbling road conditions rampant across South Carolina.

“Safety is important and good roads matter,” said Dawn Dawson-House, communications director for the SC Department of Tourism. “We pride ourselves in South Carolina on natural beauty, and the beauty of our cultural and historic significance, and so it’s important to us. We think the roads should be, likewise, in fine condition.”

Tourism has been a significant part of South Carolina’s economy, providing jobs to about 12 percent of the state’s workforce in the early 2000’s.

Road safety has become a larger concern throughout the state with the more recent deterioration of road conditions.

The roads crumbled… and then the dams broke

Residents across South Carolina have faced inconvenient detours out of their communities since last October’s floods ruined dozens of dams across the state, flooding highways and destroying homes.

Last October’s floods damaged a dam in Columbia’s Spring Valley neighborhood, resulting in the closure of North Lake Road over the dam.

Christine Clements lives about 10 houses down from where the dam is out and said she likes that they haven’t seen as many big trucks or cars taking this main thoroughfare.

But Clements wants the legislature to act on repairing roads quickly.

“It's just really sad. It makes me embarrassed. People come to our state and see the roads like this,” she said.

Shelley Kriegshaber, another resident in Spring Valley neighborhood, moved from Ohio 28 years ago, when that state was plagued by potholes and declining roads. Since the flood, South Carolina has started to look more like Ohio, she said, and she hopes the roads get fixed.

“I think they could put more resources towards it. I don’t think many people would mind if the gas tax went up a little bit to help pay for it. South Carolina has on of the lowest gas taxes in the country.”

The legislature’s latest deal does not include a gas tax hike, although a Winthrop University poll found that 61 percent of South Carolinians were willing to endorse an increase in the current 16.25 cents per gallon levy.

Two main roads that run over the two dams in Arcadia Lakes have remained closed, dividing the town and causing problematic routes.  While one of the dams is damaged, the other was washed away.

“It is my belief that the federal government, or the state government or the county should participate and share in the cost to rebuild,” said Arcadia Lakes Mayor Mark Huguley.

Huguley said even though the dam is privately owned, it provides two public benefits.  The first benefit is that the dam supports a state road, and the other is that Cary Lake, and other lakes in the Gills Creek Watershed, have transitioned from purely recreational lakes to something similar to storm water detention ponds.

“I have hopes that the legislature will approve funds to address the deplorable conditions of roads throughout the state, including in Arcadia Lakes. But, the worst conditions in Arcadia Lakes may be somewhat different from most areas of the state in that portions of our roads washed away completely,” Huguley said.

The deplorable road conditions across the state have directly affected local businesses, especially those that offer delivery services. While large corporations such as the packaging giant Sonoco in Hartsville have reported huge repair bills for their large fleet of trucks, small businesses are also suffering.

Delivery drivers for Carolina Café and Catering, located on the corner of Sumter and Pendleton in downtown Columbia, have suffered a host of car troubles as a result of the distressed roads.

“Multiple employees have had flat tires in the span of a week,” said Kyle Dean, an employee at the café. “It’s honestly a shame.”

Dean said he is beyond dissatisfied with the condition of the roads, especially being in the capital city. Though he acknowledged that the area near Carolina Café’s storefront was repaved recently, making it easier to drive and bike in that area, he said he still sees a lot of work to be done around Columbia.

“I don’t know where the tax money is going, but it’s certainly not the roads,” Dean said.

Both Horger and Madie said they would like to see the state legislature fix the roads, especially by filling in potholes, using money they already have.

The potholes in Columbia have created a nuisance for drivers, but one company has found a silver lining in the unforgiving road conditions.

Frank’s Discount Tire on Bluff Road has noticed an increase in business due to tire and rim damage from potholes over the last few months since South Carolina’s historic flood last October.

“This past three months, probably about four times a week at least, if not more,” said Moe Roberts, a salesman at Frank’s, about the frequency of customers with damaged tires as a result of potholes.

AAA Spokesman Phillips said he wants the legislature to find compromise in order to establish a long-term plan.

There is agreement that much work needs to be done on the bill to find an effective solution for South Carolina’s roads.

“The chamber has said we want at least 600 million dollars of additional recurring revenue to go towards infrastructure. We want the agency reformed, we want governance model reformed and have the agency accountable to one person, the statewide elected CEO of South Carolina, who’s the governor on that position,” said Ted Pitts, president of S.C. Chamber of Commerce.

“It shouldn’t be a debate every year.” Phillips said. “You can’t play politics with safety.”