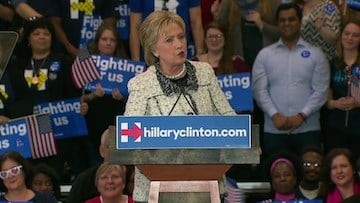 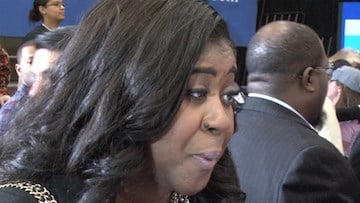 Hillary Clinton and her campaign appeal to Ashley Jenkins because of her concrete plans for the future. 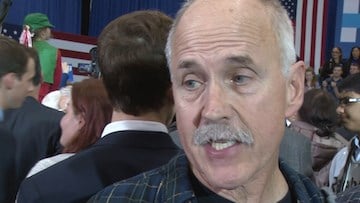 William Fick believes the way Clinton has handled herself during the campaign makes her stand out above other candidates.

Democratic presidential candidate Hillary Clinton had a dominating victory over Vermont Sen. Bernie Sanders in the South Carolina Democratic Primary Saturday. Clinton won 74 percent of the vote. She also won the minority vote by a landslide, a vote she worked hard for while campaigning in the Palmetto State.

"This campaign and our victory is for the entrepreneur who told me more dreams die in the parking lots of banks than anywhere else," said Clinton during her victory speech in downtown Columbia. "And that's especially true for women and people of color."

Clinton's direct attitude about her policies and ideas for America is what gets her supporters excited to go out and vote for Clinton.

"Not a lot of vague answers," said Ashley Jenkins, a watch party attendee. "Not an 'If I or when.' She has an action plan."

Supporter William Fick believes that Clinton is the only candidate that already acts like a president, and that's why he supports her.

South Carolina was Clinton's third victory over Sanders, and the big win will give her momentum going into Super Tuesday.

Clinton and Sanders will be fighting for the 865 Democratic delegates up for grabs on Super Tuesday. Clinton could generate a huge delegate count lead on Super Tuesday, making it difficult for Sanders to remain in the democratic race for the White House.