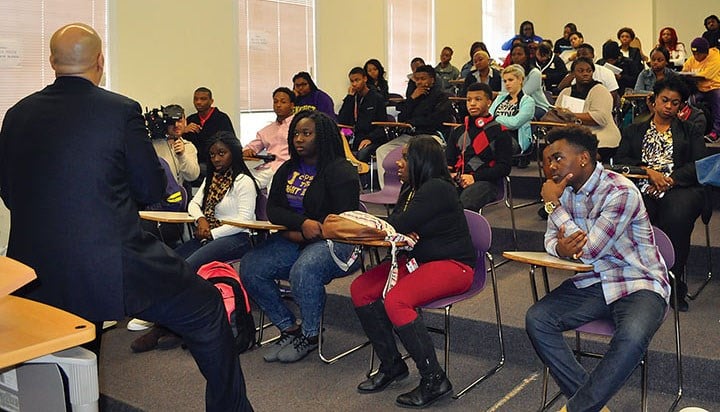 Democratic Sen. Cory Booker was able to compare his ideas on gun laws, racial injustices and other topics to those of presidential candidate Hillary Clinton. Booker urged students to vote for Clinton just two days before the Democratic primary in SC.

Gun laws, racial injustices and flawed prison systems were all topics of discussion during Booker’s visit to the historically black campus in downtown Columbia. He told students that Clinton is the candidate who has the “urgency” to tackle these issues.

“I know mostly everybody that is running for president … but when I looked at all the candidates, it was clear to me that Hillary Clinton was the one that served the urgency of the time,” Booker said.

While Booker’s speech was aimed at building support for Clinton, he used personal life lessons to explain why this country needs change. He told stories of trying times and good people he has encountered in his life.

He recalled one woman who gave him two words to live by: Stay faithful.

Booker’s speech to the students comes just two days before the S.C. Democratic primary. Clinton is leading overall 60 percent to 32 percent, according to a recent NBC News poll, against Vermont Sen. Bernie Sanders, in large part because of widespread African-American support.