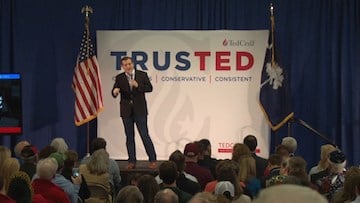 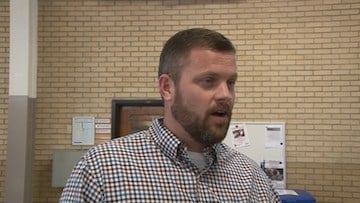 Veteran Jason Gillespie came to the rally with some national security concerns. 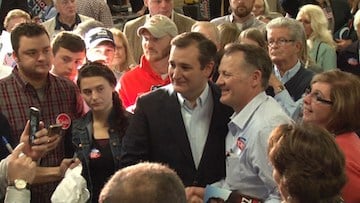 Sen. Ted Cruz met with veterans for about 30 minutes after the rally.

The presidential battlefield movies to South Carolina this week as the Ted Cruz campaign schedules a rally at the Columbia Armory on Tuesday, to try to sway veteran voters.

Republican candidates are targeting different groups in the primary. The evangelical and African-American vote is important to winning the state, and the veteran vote accounts for 21 percent of the votes here in South Carolina.

Veterans filled the Columbia Armory in order to hear Sen. Cruz's views on a variety of political topics.

Undecided voter and veteran Jason Gillespie came to the event with some concerns.

"I am concerned about national security; how our veterans are treated" Gillespie said.

These were both concerns many veterans shared, and Cruz tried his best to address these concerns.

"What are we doing to stand by the men and women in uniform? Ask the secretary of the VA, what are we doing to stand by and honor our commitments to our veterans," Cruz said to the large crowd. "If I am elected president, there will be accountability at the VA. Anyone that wrongfully denied care will be terminated, anyone that violated the criminal laws will be prosecuted."