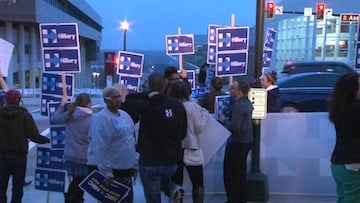 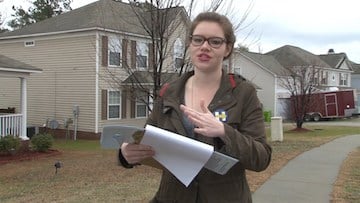 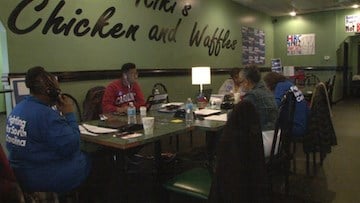 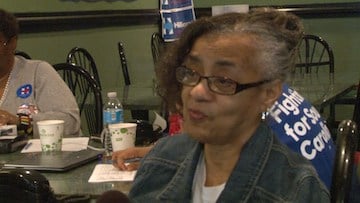 Campaign volunteer Anita Brown says she drove down from Ohio because this primary is so important.

Hillary Clinton campaign volunteers in Columbia have been working hard for months. But this week they've been working overtime trying to secure votes in the South Carolina Democratic Primary on Saturday.

Most of the volunteers arrive at the campaign office early and work until well past midnight, said Regional Organizing Director Michael McCollum.

And many of them are not South Carolina natives. Campaign intern, or "fellow," Rebecca Sanders left her job in Philadelphia to come work at this campaign.

"If I'm gonna go work on a national campaign and hopefully get our first female president elected, now is the time to do it," Sanders said.

Sanders spends most of her days canvasing, going door to door in Columbia neighborhoods to encourage people to vote for Clinton. The houses are picked based on past voter history.

Typically the volunteers give a little speech about who they are and why they think Clinton is great. Then they ask the potential voter who they are supporting. But this week, Sanders says the spiel is a little different.

"Our plan now that we're [within days] of the election is just to make sure they have all of the voting information that they need ... basically just helping them formulate a plan about how they're actually going to get to the polls," Sanders said.

The campaign's goal is not just to promote Clinton but to encourage voting in general.

"We're not convincing them to be Clinton supporters, we're just trying to get them to get out and vote." Sanders said.

When they're not out canvasing, volunteers are typically at campaign headquarters making phone calls.

Volunteer Anita Brown also came a long way from home. She drove down from Ohio with three of her friends just to help out this week.

"It's been great talking to the people of South Carolina, encouraging them to get out and vote because this primary is so important," Brown said.

Hillary Clinton is currently ahead of Vermont Sen. Bernie Sanders in the South Carolina polls. Real Clear Politics summary of recent polls shows Clinton is ahead by 24 points, but that doesn't stop these volunteers from working hard.

"You never know what might happen. You have to anticipate weather and the turnout being low. So we fight right till the end ... we must get Hillary on the ballot," Brown said.

South Carolina campaign volunteers will continue to work early mornings and late nights until the primary. Sanders says it's hard to tell what comes after that.

"I really don't know. It's all up in the air, right now we're really just trying to get to Saturday," Sanders said.