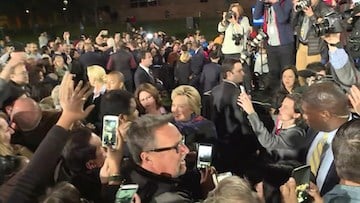 Clinton has the momentum after a win in Nevada. 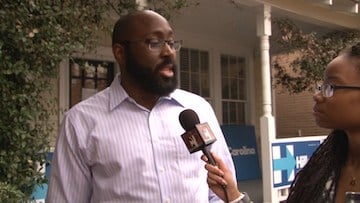 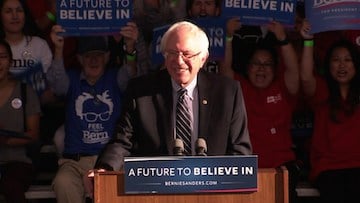 Sanders thinks positively about his campaign's future in the elections.

Presidential candidates Hillary Clinton and Sen. Bernie Sanders answered questions at a CNN Democratic Town Hall at USC's School of Law, trying to line up votes for Saturday's Democratic Primary. Clinton and Sanders both had a good showing by supporters. Clinton is listed in the latest polls as leading, but Sanders stated he has not written off the possibility of winning.

Clinton has momentum after a narrow victory in the Nevada Caucuses Tuesday. The latest Real Clear Politics poll shows Clinton with a 24 point lead over Sanders in South Carolina.

Clinton's workers at campaign headquarters in Columbia are optimistic about Clinton's ability to connect with South Carolina voters.

"She is adamant about breaking down barriers that many people face. It's something that means a lot to people and we're confident about gaining support," said Marshall.

The two candidates have been fighting for the group's vote. Clinton has been winning the battle, with polls showing a double digit lead over Sanders with African Americans.

"She can point to programs that she has been involved in that have helped minority communities. She relays a realistic message that resonates with people who have struggled in those communities. Sander's campaign just hasn't been able to do the same," said Randazzo.

We reached out to Sander's campaign but no one was available to comment.

Sanders was positive about his overall chances in other elections leading up to the Democratic Convention.

"We will band together in July in Philadelphia  and win," said Sanders.

Clinton will be in South Carolina for the remainder of the week. Sanders will return to the state shortly before the Primary on Saturday.