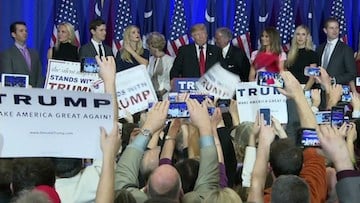 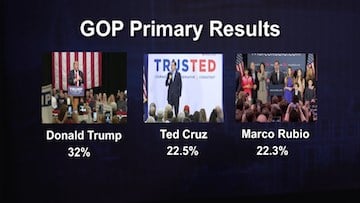 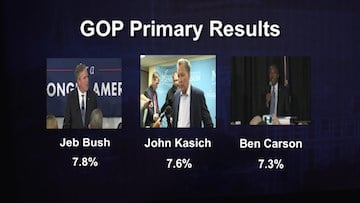 South Carolina sent Donald Trump on to Nevada with a sizable lead after the GOP primary. Texas Senator Ted Cruz and Florida Senator Marco Rubio follow his lead in a near tie coming in at 22.5 percent and 22.3 percent respectively. Former Florida governor Jeb Bush received 7.8 percent of the vote, Ohio governor John Kasich had 7.6 percent and retired neurosurgeon Ben Carson got 7.2 percent.

Cruz supporters at his watch party on Saturday night were not discouraged by the tie. Cruz's campaign manager Jeff Roe says that they're proud of where they are and are excited to move forward. Rubio said he thinks the race has become a three way race.

Before the results were even finalized, Jeb Bush officially announced the suspension of his campaign. He says that he respects the voters decision. Unlike Bush, Carson issued a statement saying that even though the media expects him to drop out, these results have only made him want to work harder to win in Nevada.

The remaining republican candidates are in Nevada campaigning for Saturday's caucus.