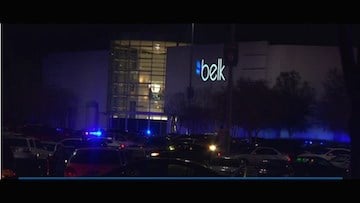 USC student Kate Dunn was in the mall shopping when shots were fired Saturday night. 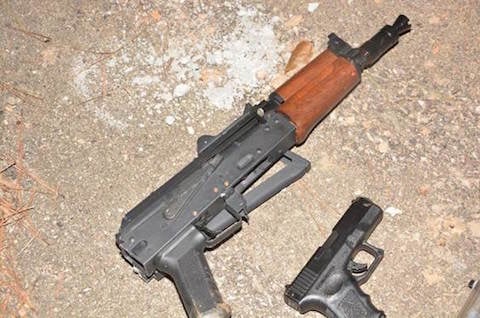 Two of the air soft guns CPD found in a book bag near the mall on Saturday night.

Columbia Police are continuing to investigate an incident at the Columbiana Mall Saturday evening that lead to a massive police response.

Reports came in saying shots were fired in the mall Saturday night sending workers and shoppers into a panic. Witnesses say that the episode started as a fight around 7 p.m.

"We had an altercation that broke out in front of Kay Jewelers, a couple of people were involved from what we have gathered from witnesses thus far. A third person jumped in. Two people pulled guns and fired into the air," said Columbia Police Chief William Holbrook.

Investigators say so far they haven't found any evidence shots were actually fired. They did find a book bag containing several airsoft guns resembling hand guns and an assault rifle in the wooded area adjacent to the mall Saturday night.

Crime Scene Investigators have not been able to locate any shell casings in the mall to help with their investigation.

There are still no suspects, but CPD continues to review and obtain surveillance footage related to the shots fired call. This process includes contacting over 100 stores inside the mall to determine if they have video surveillance.

Katie Dunn, a University of South Carolina student, was shopping at the mall when the shooting occurred, and store workers rushed her and other shoppers into the stock room.

"I saw a stampede of people running. And I can like, I know their faces in my head. It's so weird," said Dunn.

No one was injured in the shooting and police units and medical personnel were on the scene within minutes.