On Saturday, police searched a nearby wooded area and located a book bag containing miscellaneous items and several airsoft guns. The items were seized to determine whether there’s a connection to the incident. (Photo courtesy of CPD.) 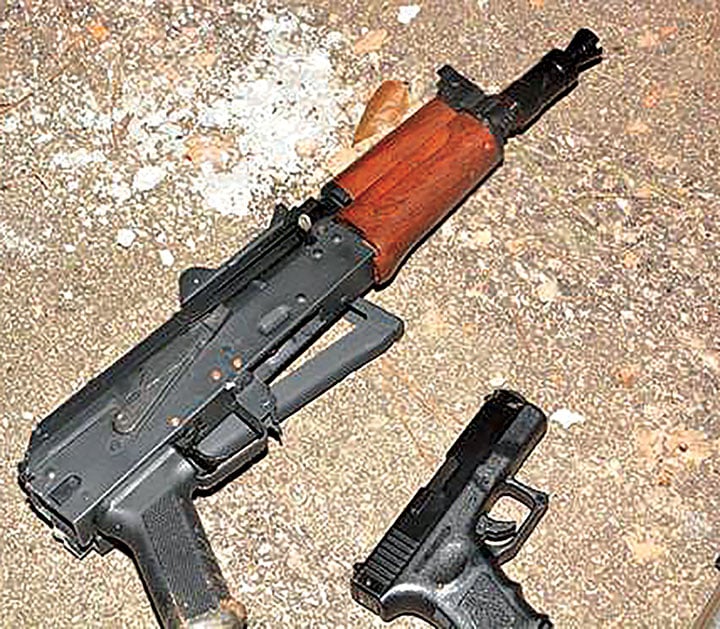 The guns inside the book bag police found resemble a type of .45 caliber handgun and Glock, and possibly a variation of an SKS assault rifle. (Photo courtesy of CPD.) 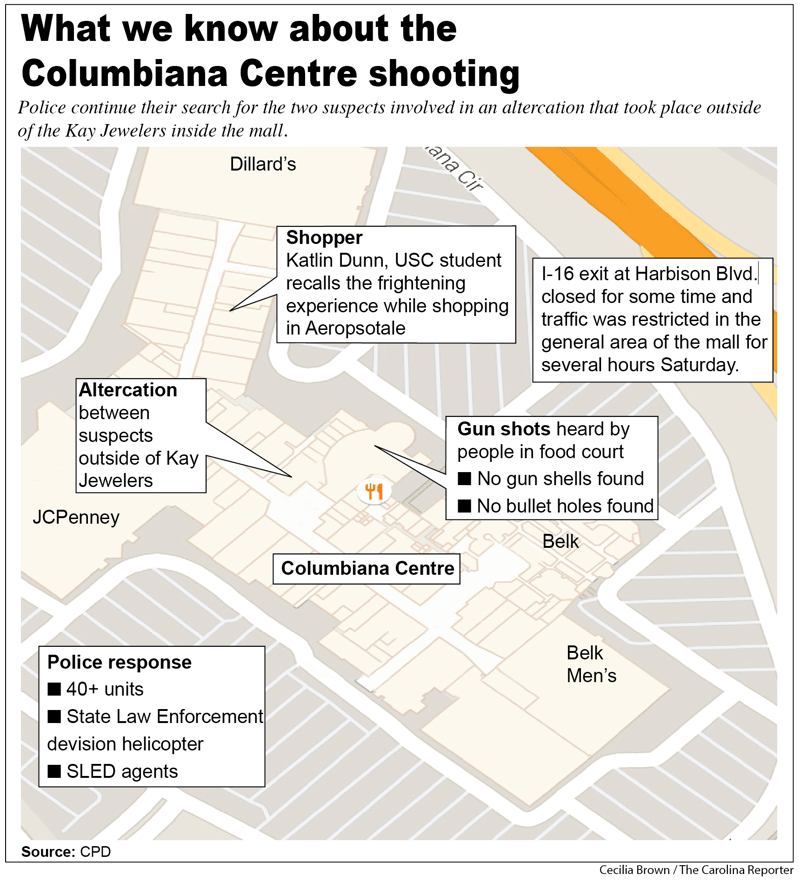 Chaos broke out at the busy mall after an apparent fistfight and burst of gunfire outside of Kay Jewelers near the food court. Police said at least two shots were fired.

“That was definitely the scariest moment of my life and my heart just stopped. And I thought I don’t know what’s going on, I might die,” said USC student Katlin Dunn.

Columbia Police Chief Skip Holbrook identified the suspects as two African-American males in their twenties. One wore acid-washed jeans, T-shirt and jacket, the chief said. The other had on a dark hoodie, he said.

Surveillance footage captured two men running from mall premises. Holbrook said police searched nearby woods for the suspects and found a book bag containing several airsoft guns, or replica firearms that shoot pellets. Police have not determined if the bag is related to the incident. Investigators are looking for structural damage caused by bullets inside the mall. So far, no shell casings have been found, police said.

Dunn, who was shopping at Aeropostale with a friend, described the terrifying moments following the shooting. She looked up to see a stampede of crying and screaming people running through the mall.

Dunn ran to the back of the store to find her friend and followed an employee into the stock room to hide. Stores closed their gates and shut down lights until they were notified by an intercom announcement that it was safe to leave the mall.

She was among one of the last 30 people evacuated from the mall on Saturday evening. Police patted and frisked down people as they fled the mall to make sure they didn’t have weapons on them.

“I would rather drive to Charleston to another mall. I feel like I would just associate everything and feel that trauma again, and I don’t want that to happen,” Dunn said.

The mall reopened on Sunday at noon. Police urged anyone with information to contact Crimestoppers in any of the following ways:  Call 1-888-CRIME SC (888-274-6372), Text TIPSC plus your tip info to CRIMES (274637), visit www.midlandscrimestoppers.com and email a tip. Your identity will be kept anonymous, and if your tip leads to an arrest, you could be eligible for a cash reward of up to $1,000.