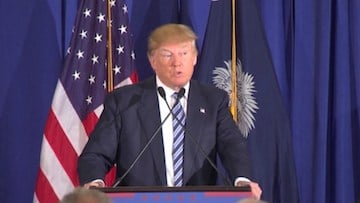 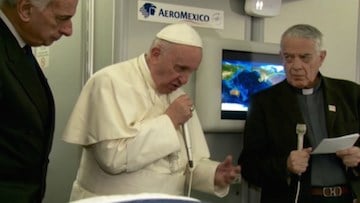 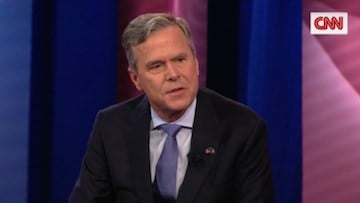 Jeb Bush at the Columbia town hall prior to suspending his campaign.

Republican candidates spent the past week in South Carolina trying to persuade the Palmetto State one last time. Cruz, Ben Carson, and Rubio met in a town hall on Wednesday in Greenville. The town hall continued on in Columbia on Thursday night. CNN took over USC's law school to host that session. Bush, Trump, and John Kasich met in Columbia for the session.

Trump has once again bumped heads with someone during his run for president. Just hours before Thursday's town hall, Trump was criticized by Pope Francis for his immigration policy. The Pope was finishing up a visit to Mexico when he was asked about Trump's proposal to build a wall at the border.

“And then, a person who thinks only about building walls, wherever they may be, and not building bridges, is not Christian. This is not in the gospel. As far as what you said about whether I would advise to vote or not to vote, I am not going to get involved in that. I say only that this man is not Christian if he says things like that. We must see if he said things in that way and in this I give the benefit of the doubt," said Pope Francis.

Trump responded to the Pope's statement.

Columbia will have another busy week of politics as Democratic candidates Hillary Clinton and Bernie Sanders are in South Carolina for this Saturday's Democratic primary.