What happens after Scalia's death? - DatelineCarolina 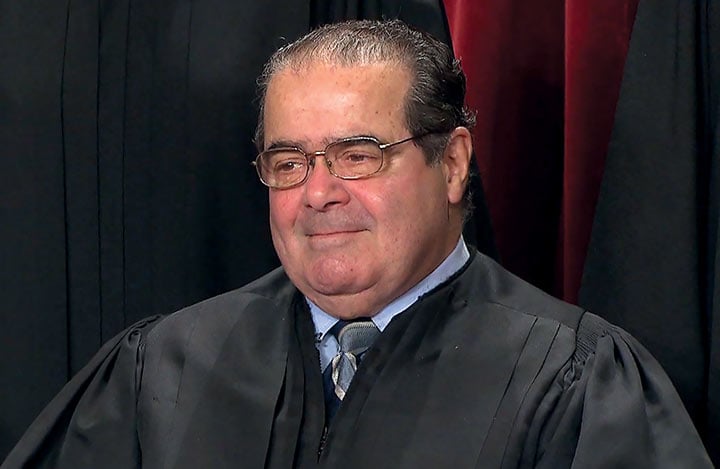 What happens after Scalia's death? 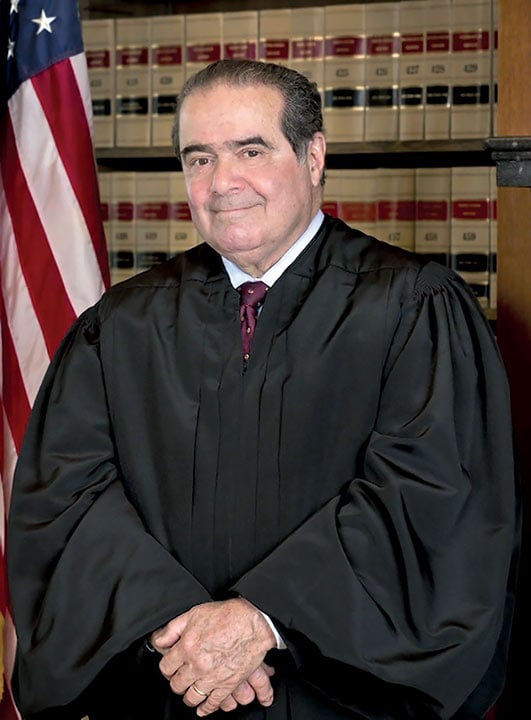 Justice Antonin Scalia, who died Feb. 13, was the longest serving justice on the current court. His legacy will be that of the cornerstone conservative in the Supreme Court whose writing was sharp and questions witty. 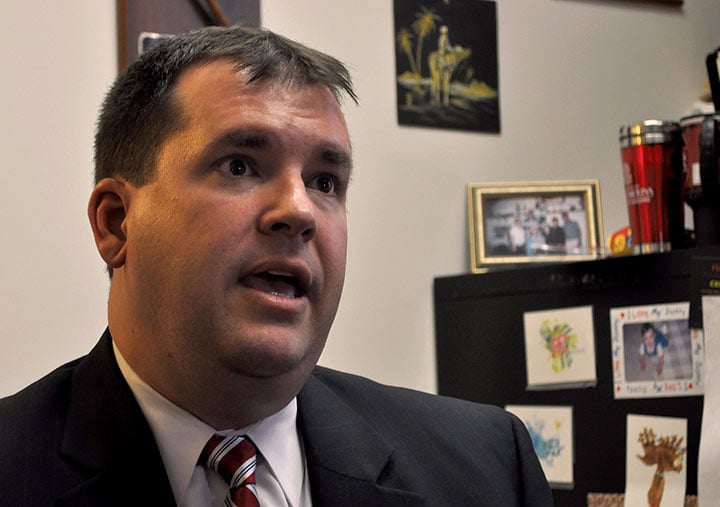 Kirk Randazzo, politics expert at USC, hopes that voters take the issue of who the next justice might be and go out and vote based on the actions of Democrats and Republicans.

A coveted chair, now embellished with ceremonial black draping, sits empty in the U.S. Supreme Court. Both Republicans and Democrats are tensely awaiting President Obama for his nomination to fill the seat left vacant left by the death of Justice Antonin Scalia.

As Obama prepares to name his nominee in the coming days, Republicans stand ready to block him until the next president is sworn in. A parallel uncertainty is whether the anticipated political battle will influence voters casting ballots in November for president.

A wall between parties

While the issue of Scalia’s replacement might not matter to the average voter, the political battle between Obama and Senate Republicans could push voters away from either party, experts say.

The president has a constitutional obligation to nominate a new justice. The Senate has the obligation to either confirm or deny the nomination. However, the Constitution says nothing about timing.

Both Senate Majority Leader Mitch McConnell and presidential candidate Ted Cruz, a U.S. senator from Texas, have said they will block an Obama nominee. Voters could view stonewalling a nomination as a sign of an obstructionist Republican-led Senate.

“Assuming they don’t lose their (Senate) majority in the election, they can block it permanently,” said Don Fowler, political expert at the University of South Carolina and former chairman of the Democratic National Committee. "They’re total obstructionists. They don’t do anything that’s positive or contributes to the better livelihood of Americans or a better judicial system.”

With Republicans like McConnell and Cruz putting up such a resistance, voters might look elsewhere. And Cruz already has a history of filibustering.

“We’ve seen Sen. Cruz basically talk others into shutting down the federal government and then the Republicans got blamed for that, and Sen. Cruz in particular got blamed for that and the fallout was not good at all,” said Kirk Randazzo, another political science professor at USC. “Something similar could happen here.”

Not all Republicans think like McConnell and Cruz. Republicans such as U.S. Sen. Lindsay Graham, R-SC, have said they wouldn’t necessarily block an Obama nomination. U.S. Sen. Chuck Grassely, R-IA, originally said he would, but has now said he is open to hearings.

This has implications for the Democrats as well. Obama isn’t necessarily free from being seen as an obstructionist, said Charles Bierbauer, dean of the USC College of Information and Communications.

“Either nominate a liberal candidate and dare the Senate to reject him, and therefore be seen as obstructionist, or nominate a moderate and hope that the seat can be filled,” Bierbauer said.

Having a justice appointed to the Supreme Court is one way a president can cement his legacy and continue to shape the nation after leaving office. Obama has already appointed two associate justices, Sonia Sotomayor and Elena Kagan.

Another issue in the election among voters is race.

While Republicans have been trying to win over minority voters, Obama could make a power move and nominate a minority candidate to the high court.  This would put pressure on Republicans to confirm the nominee or risk being seen as unwilling to adapt to minority voters, experts say.

“I think if Senate Republicans didn’t confirm a minority, then that just motivates the Democratic base to go to the polls in November and vote for the Democratic nominee to be president,” Randazzo said.

Republicans might be willing to confirm a minority nominee they deem acceptable because this election cycle is just as much an election year for senators as it is for the next president.

There are 34 senators up for reelection this year, 24 of whom are Republicans.  The driving force behind the decision of those 34 senators will be getting reelected.

“If the nominee came from your state it could swing a senator’s vote,” Bierbauer said. “If the nominee is of your ethnic, racial, religious, pick your category, it adds a certain weight how an individual senator might vote. Senators are always looking back home to their constituencies.”

But race isn’t the only factor for voters.

The Republican candidates haven’t named a specific candidate they would nominate, but Ohio Gov. John Kasich and former Florida Gov. Jeb Bush offered some clues at the CNN Columbia town hall on Feb. 18.

However, Bush, and many Republicans, thinks the nomination should wait until the next president is elected.

“In this current environment, where you have such a divisive kind of environment in Washington, it is unlikely that the Senate would provide the necessary consent for that nomination,” Bush said.

As for the Democrats, Hillary Clinton and Bernie Sanders are waiting for Obama to announce his nominee. They currently have nothing to gain from announcing whom they would nominate, Bierbauer said.

If Obama wants to have a justice appointed before he leaves office he’ll have to meet the Republicans in the middle and nominate a moderate.

“The best bet is that he picks someone who has already been confirmed by the Senate,” Bierbauer said. “That is, someone who is in a cabinet position. The attorney general, perhaps.”

“Taking Scalia’s position in that cornerstone of the conservative block and potentially filling it with a moderate, or even a liberal individual, is a tremendous swing for the court as an institution,” Randazzo said.

Bierbauer said the Supreme Court remains a complex institution to most Americans. He wonders whether voters would cast their ballots based upon the battle over who will appoint Scalia's successor.

Nevertheless, there has been a record number of people voting in the primaries. Voters have been engaged in an election cycle that has felt more like a personality contest and is dominated by personal attacks.

“Unfortunately, I think Justice Scalia’s death has sort of fit into that narrative, as opposed to one that’s based on actual policy,” Randazzo said.