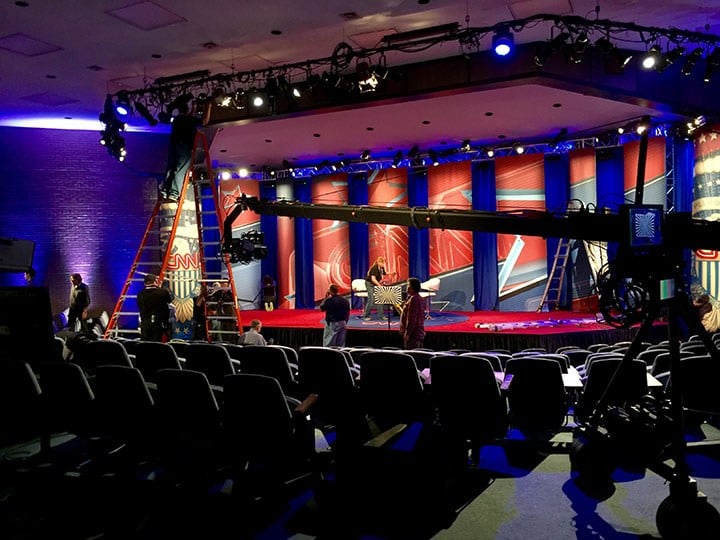 The GOP primary, held on Feb. 20, is the first primary in the South, setting the tone for the candidates’ campaigns as they head into Nevada.

One thing is certain: The race for the Oval Office is close in the Palmetto state.

Candidates may find a boost or a big dent in their poll numbers after the CNN Town Hall. Here's the top quotes from the night:

1. Trump jabs at George W. Bush, finds himself stumped thanks to BuzzFeed

During the last Republican debate in Greenville, the GOP front-runner criticized George W. Bush and his decision to invade Iraq in response to the September 11, 2001 terror attacks. It brought a symphony of booing from the crowd. Trump continued his crusade against the former U.S. president last night, refusing to apologize for his previous comments. "I think the son, being loyal to the father, I think he really wanted to go into Iraq, even if it wasn't the right thing to do," Trump said.

CNN moderator Anderson Cooper followed up with a BuzzFeed article showing Trump’s support of the Iraq invasion. Trump responded: “"I could have said that. Nobody asked me -- I wasn't a politician. It was probably the first time anybody asked me that question.”

The Ohio Governor was tasked with addressing an issue hitting close to the Palmetto state and his answer was to declare an “all-out war” on the high rates of violence against women plaguing the United States. Kasich added that his plan would start at the state level. During his answer, Kasich delivered an emotional dilemma, asking: “Could you imagine someone beating up your daughter … your mother?”

Bush made sure to address his low poll numbers, saying he still has enough momentum to win the Oval Office. He cited endorsements from South Carolina Sen. Lindsey Graham as a reason to believe in his campaign. “He chose me because he believes that I would be ready to serve on day one as commander in chief and as leader of the free world,” Bush said.

As the night went on, Bush addressed a question posed by a University of South Carolina student regarding the legalization of marijuana. Bush discussed his daughter’s addiction to drugs and said government should “focus a little bit more on treatment and a little less on punishment” when it comes to people convicted on drug charges.

When the eccentric GOP front-runner took the stage with Anderson Cooper, the first couple of words out of his mouth were: “Oh, the Pope is a wonderful guy.” It was a subtle swipe at Pope Francis who said Trump is “not Christian” because of his plan for a border wall between the U.S. and Mexico. But as far as Trump is concerned, there isn’t a fight to be fought. "I don't think this is a fight," Trump said. "I think he said something much softer than was originally reported by the media."

It was a moment shared across the nation. Kasich listened to a supporter tell a tragic life story, leading to him hugging the young man. It was a moment he built off of during the CNN Town Hall. Kasich started with a powerful statement: “Anderson, the glue of America is right here in this room.”

The night continued as Kasich told the tragic story of losing his parents to a drunk driver and about how he found God. But he also stayed on track, addressing his foreign policy. "We have a right to build a wall. But I gotta tell you. There are too many walls between us. We need bridges between us if we're going to fix the problems in Washington 'cause all they do is have walls,” Kasich said.

Header and summary photo courtesy of the University of South Carolina's Office of Communications and Marketing.