Veterans show support for Cruz at rally in Columbia - DatelineCarolina 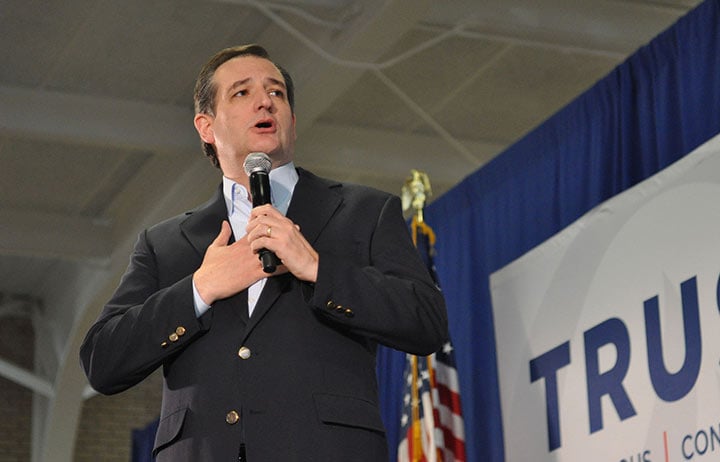 Veterans show support for Cruz at rally in Columbia 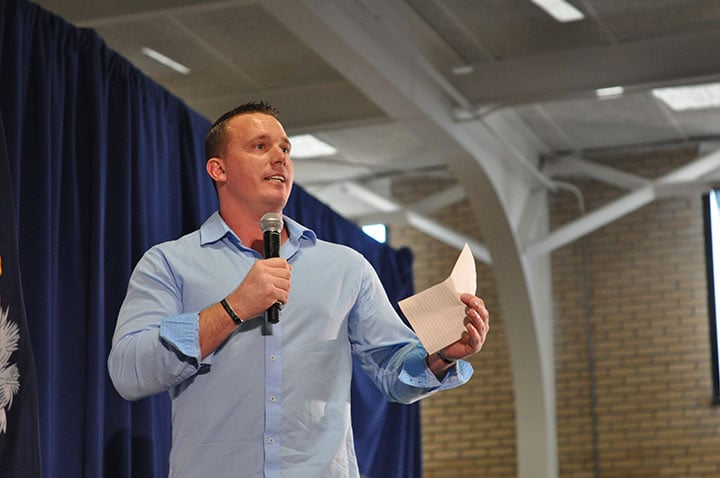 Dakota Meyers, the second youngest living recipient of the Medal of Honor, feels that Sen. Ted Cruz is the candidate best qualified to protect the United States as Commander and Chief. 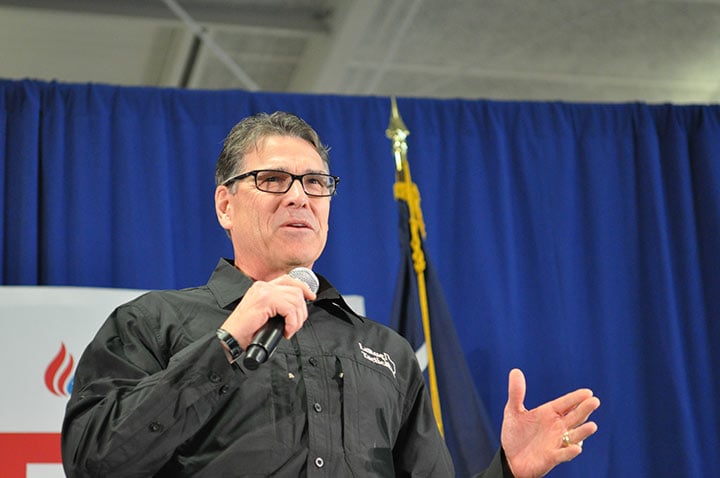 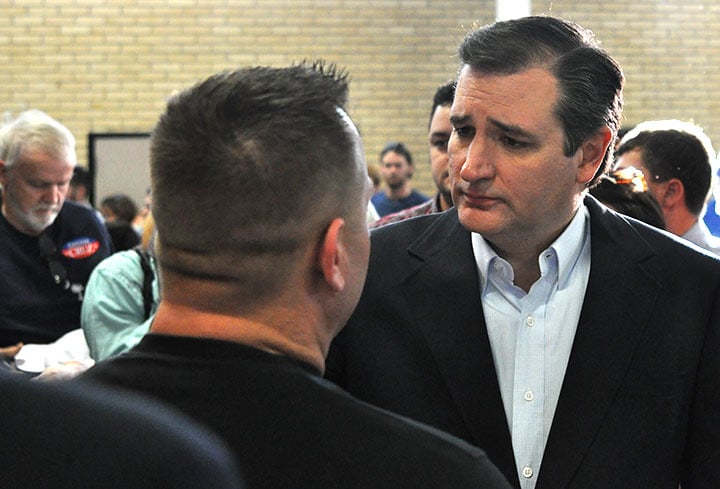 Sen. Ted Cruz spoke with crowd members after his appearance at The Columbia Armory Tuesday. 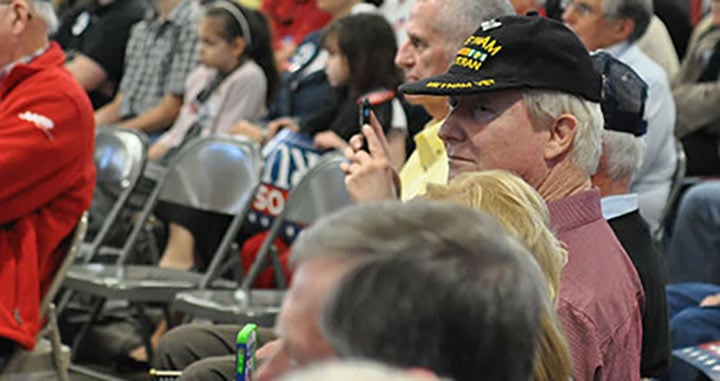 Dan Culpepper, an Air Force Veteran who served in Vietnam, is still undecided but is open to Cruz’s message of the need for a stronger military.

Medal of Honor recipient Dakota Meyer told South Carolina veterans he believes Texas Sen. Ted Cruz should be the next President because “we need someone to reinforce our allies while standing against our enemy.”

Meyers, the second youngest living Medal of Honor recipient, was awarded the nation’s highest military award for braving enemy fire to save members of his team near the village of Ganjgal in Afghanistan.

“Senator Ted Cruz is gonna do something that’s been needed for a long time. He’s gonna put our veterans as a priority,” Meyer told those gathered Tuesday at the Columbia Armory.

Cruz is trailing Republican billionaire Donald Trump by 14.1 points in the run-up to Saturday’s South Carolina Republican presidential primary. But his campaign gained traction Thursday with the release of an NBC/Wall Street Journal poll that found Cruz leading Trump nationally among GOP voters. 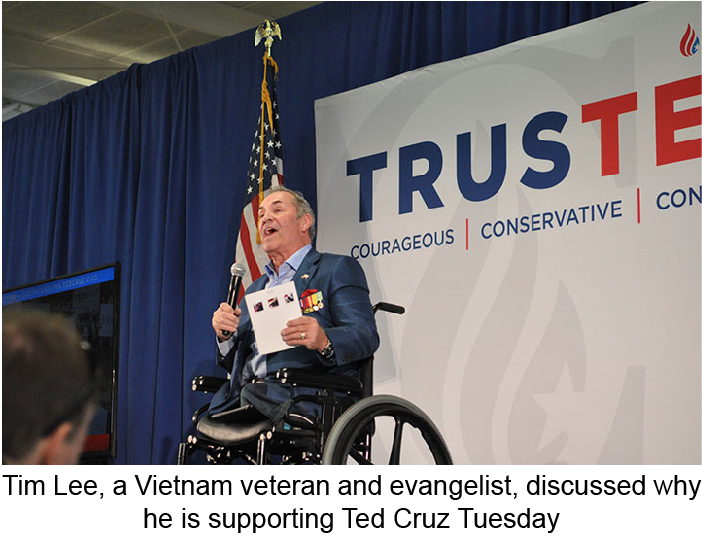 Most other major polls still have Trump lead the GOP field nationally.

At the armory, Tim Lee, an evangelist and Vietnam veteran, spoke passionately about Cruz’s credentials for the presidency.

“I gave my legs to this country,” Lee said, “and I want to tell you today, that if I would go 10,000 miles away from home and fight for America, than you better believe that I’ll do the same thing here in America.

“I’m fighting for Ted Cruz to be the next President.”

Cruz focused on his proposed defense policies, namely his plan to expand the military and to begin a more aggressive air campaign to fight the Islamic State, a terrorist organization that occupies parts of Syria and Iraq.

“We are going to fundamentally rebuild the army, expanding it by 75,000 soldiers to 525,000, a capacity needed to keep this country safe,” Cruz said, inspiring a wave of applause from the crowd.

The rally was aimed at veterans, who make up about eight percent of South Carolina’s population, according to the 2014 U.S Census. There are eight military bases in South Carolina. 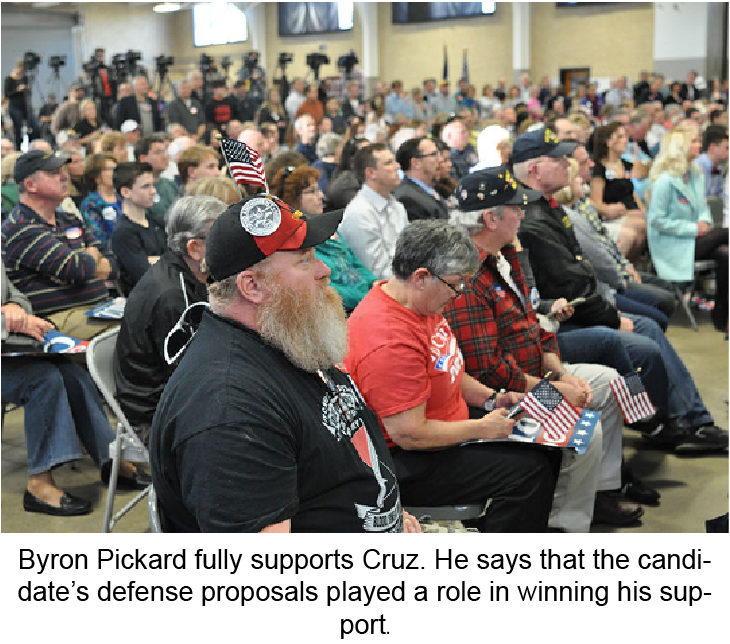 “He understands our Constitution. He appeals to veterans because he’s genuine. He’s not into mudslinging” Spickard said.

“Cruz will stand up for the military. Make a strong military. But I believe he’s a politician. They say stuff and then when they get there it’s different,” Refo said.

Former Florida Gov. Jeb Bush, who is polling fourth in South Carolina in a six-candidate field, has also highlighted his military credentials as he campaigns in the state.

According to Real Clear Politics, Trump is currently polling first in South Carolina, with Cruz and Florida Senator Marco Rubio fighting for a distant second.