Results are in: Polling youth won’t make them vote - DatelineCarolina 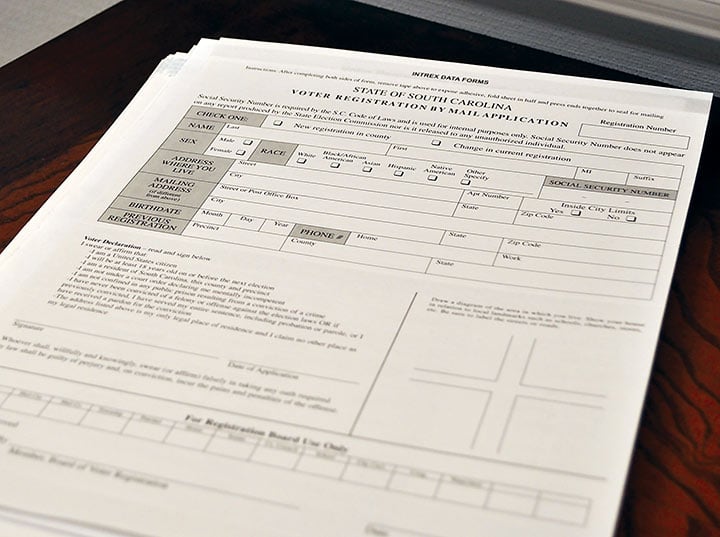 Results are in: Polling youth won’t make them vote 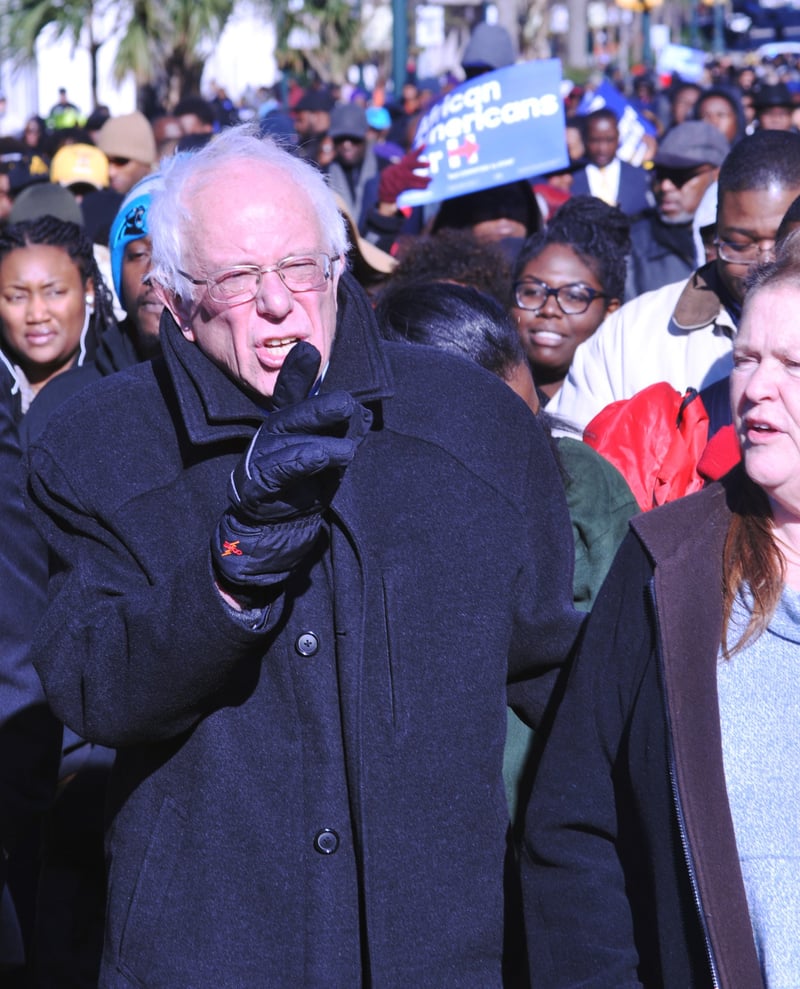 Democratic candidate Sen. Bernie Sanders has been popular among young voters over his opponent Hillary Clinton. Those voters,though, may not show up to vote when he needs them the most, political experts say. (Photo by Colin Demarest) 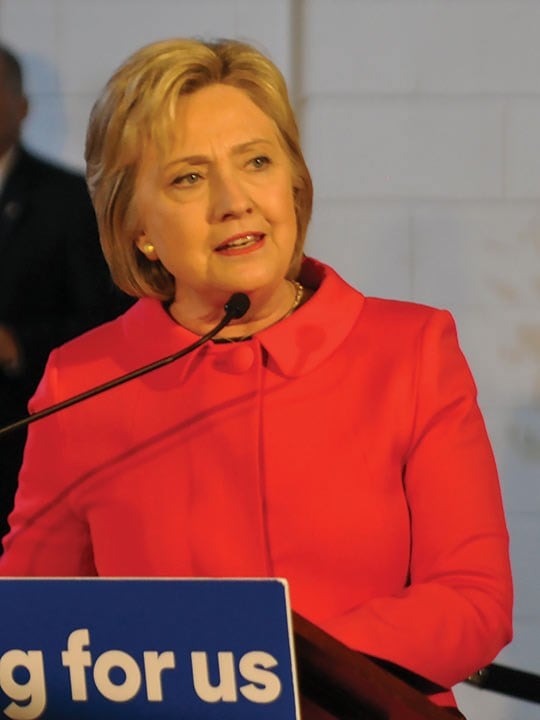 Former Secretary of State Hillary Clinton spoke at a townhall in Denmark, SC. Even though her opponent Sanders is popular among young voters, Clinton has been leading by large amounts in South Carolina polls. 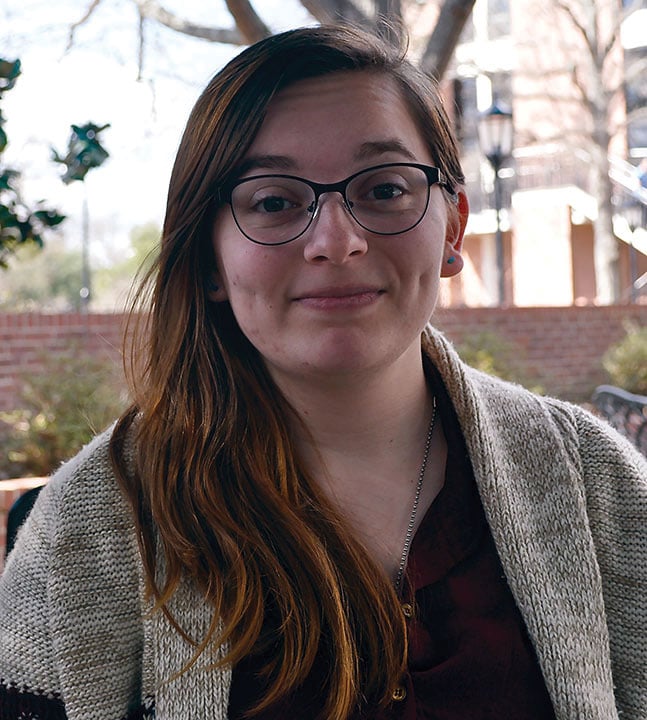 Kelsey Hearn is a 21-year-old USC student that has never participated in political polls. She says she won’t be voting in the primaries because she doesn’t know enought about the candidates, and it’s important to be informed in order to vote. 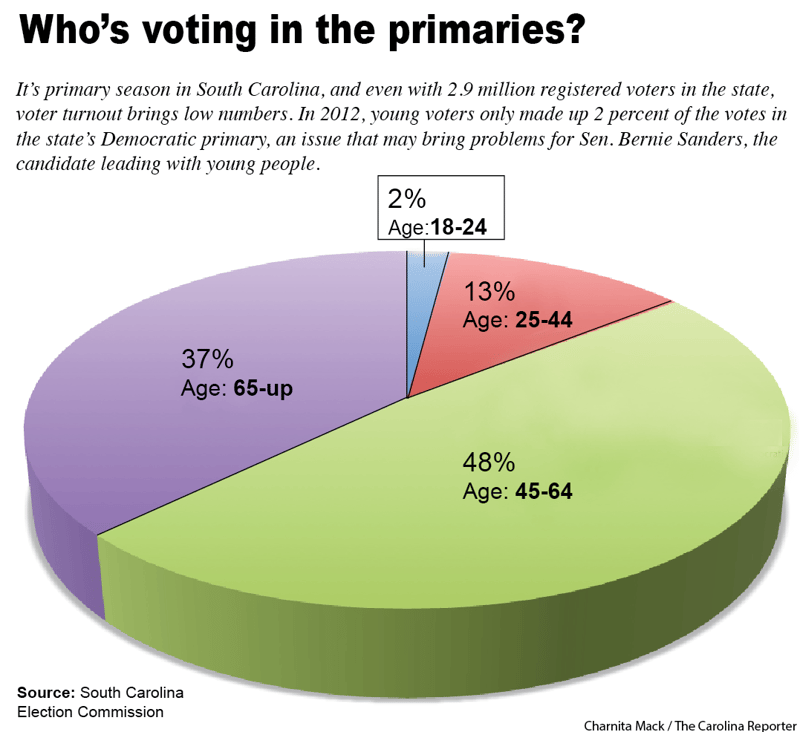 The young people who scream their enthusiasm for Vermont Sen. Bernie Sanders may not show up to vote at the polls, experts say. This formidable obstacle is one that he has to overcome in order to shake up a seemingly locked down win in South Carolina for Democratic frontrunner Hillary Clinton.

Even though primary season is a big part of the presidential campaign, young people seem to not pay attention until it’s general election time.

The 74-year-old Sanders holds a substantial lead over Clinton, 63 percent to 37 percent among 18 to 29-year-olds, according to a CBS/YouGov poll done in South Carolina. But Clinton clearly leads when voters of all ages are polled.

Clinton’s double-digit lead has raised questions as to whether the masses of young people supporting Sanders are actually being represented in local polls.

Political experts say the polls that are predicting the outcome of the Feb. 27 Democratic presidential primary in South Carolina are factoring in opinions of young voters.

But some young voters are novices to the political arena and confused about how primaries and caucuses work in the presidential election process.

USC student Kelsey Hearn says that she has never participated in a political poll and doesn’t really know what a primary is. She isn’t planning to vote in either the Feb. 20 Republican primary or the Feb. 27 Democratic primary because she feels she doesn’t know enough about the candidates.

“I’ve tried to be more informed. I listen to some of my friends who are political science majors,” the 21-year-old said.

“In 2008, 18- to 24-year-olds only made up 2.9 percent of the votes during the South Carolina Democratic presidential primary,” Huffmon, the political science professor said.

Oldendick has researched survey data collection and believes that polls today are doing the best they can to reach “not just young people, but people in rural areas too.”

With a rapid decline of landline phones and a huge increase in cell phone use, especially among the younger generation of voters, polling agencies have had to adapt to today’s society. If a pollster is reputable, they are using cell phones in their data collection, Oldendick said.

South Carolina’s population is 39 percent cell only and a good number are cell mostly, Huffmon said.

Huffmon, too, believes that younger voters are adequately represented in polls, especially with his polling initiative’s procedures.

When gathering data for likely voter polls, Huffmon says that the Winthrop poll uses multiple methods to get information: registration based samples (RBS) that match voter names with cell and landline numbers, random digit dialing (RDD) and wireless samples. All RDD calls are redialed up to five times, Huffmon said.

Not only are many pollsters calling cell numbers, they are weighing the data in order to make sure it represents a wide range of people, he said.

The Winthrop Poll Initiative is a part of the American Association for Public Opinion Research’s Transparency Initiative, which “encourages transparency in the reporting of survey methodology,” according to the initiative’s website. Huffmon says that if a pollster is a part of the initiative, then “almost always yes” they are giving a good representation of what’s going on.

In the Democratic debate in New Hampshire on Feb. 4, Sanders bragged a little on his campaign’s ability to excite voters.

“I believe that our campaign up to now has shown that we can create an enormous amount of enthusiasm from working people, young people, who will get involved in the political process and which will drive us to a very large voter turnout,” Sanders said.

Despite his confidence, Sanders has to “exponentially increase” young voter turnout in order to beat Clinton in South Carolina, Huffmon said.

After the latest Clinton and Sanders debate on Feb. 11, a new CBS News poll showed Clinton was still holding on to her overall lead in South Carolina, but the polling numbers were not a topic of discussion during the debate.  Her lead in the Palmetto state, though, seems to be here to stay.

“She will keep the lead, really more so with the advantage she has with African American voters,” Oldendick said.

Clinton has a large 71 percent to 21 percent lead with African Americans who said they prefer Clinton over Sanders, according to a recent poll by the American Research Group.

Huffmon also believes that there isn’t a question of whether or not she will win, “the real question is by how much,” he said.