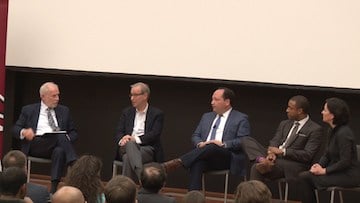 Journalists chime in on presidential candidates 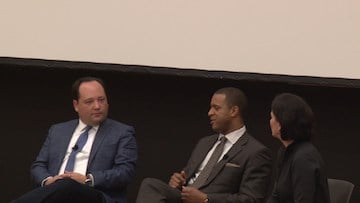 Craig Melvin of MSNBC talked about Donald Trump's insults as well as Bush's future in the race. 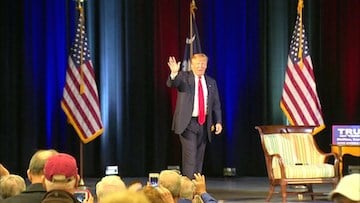 The GOP front runner's firey personality and surprising success was a hot topic during the event.

Four nationally known journalists stopped by the University of South Carolina on Tuesday night to talk about the race for the White House and what the upcoming primaries mean to the campaigns.

Ron Brownstein of the National Journal, Philip Rucker of the Washington Post, Valerie Bauerlein of the Wall Street Journal and Craig Melvin of MSNBC sat down with Dean Charles Bierbauer to discuss what the coming days mean to some of the candidates, especially those who are not front-runners.

"Out of South Carolina among Bush, Kasich and Rubio, probably not all three are going to move on to the next contest," said Rucker.

Jeb Bush's father and brother were both successful in South Carolina but Melvin believes Bush needs to finish in third or double digits for South Carolina to not hurt his chances to continue the fight for the White House.

Front-runner Donald Trump's name started to slip into the conversation, but why has this unlikely candidate become such a dominant force in the Republican party?

"He is anti-immigration and anti-trade but pro entitlement. He condemns Republicans for wanting to cut Social Security and Medicare," said Brownstien. "He has basically built an agenda that is aimed like a missile at all of the views and resentment and frustration of blue collar white conservatives."

Bauerlein agreed that Trump is attracting a new group of people and not your typical GOP activists.

Rucker said he realized Trump was a real contender in late summer when Trump had a series of events that would have ended any other campaign.

At the end of the night these journalists went back to their day jobs where they will continue to cover the candidates and the campaign trail.