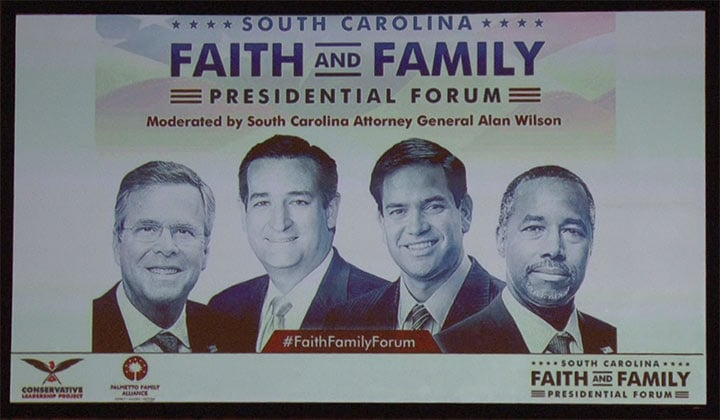 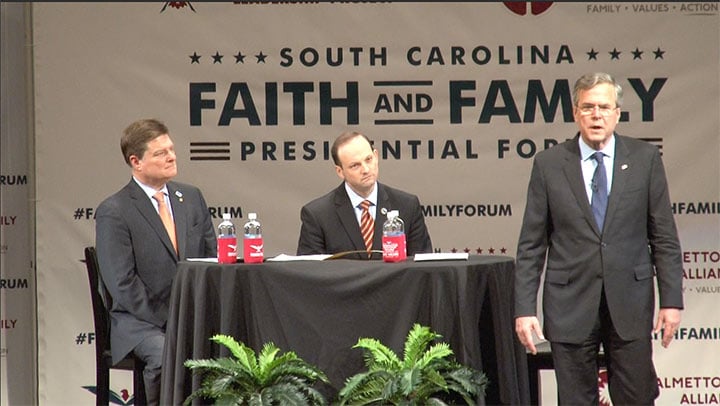 Former Florida Gov. Jeb Bush was not afraid to talk about how he relies on his faith to make the tough decisions. 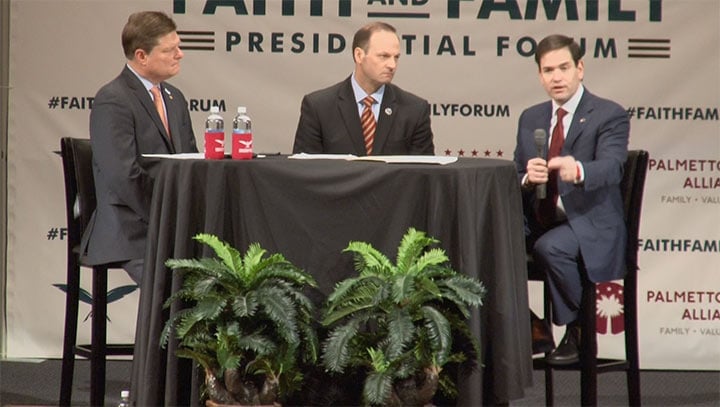 Florida Sen. Marco Rubio made a point to say our rights ultimately come from God. 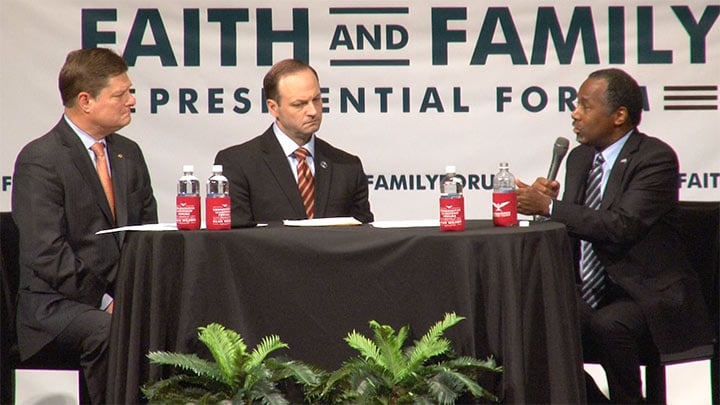 Four Republican Presidential candidates spoke passionately Friday about the importance of family and including faith in their decisions once in office at the Faith and Family Forum held at Bob Jones University in Greenville.

Dr. Ben Carson, former Florida Gov. Jeb Bush, Florida Sen. Marco Rubio and Texas Sen. Ted Cruz all made their cases on why they should be president.

The environment in the auditorium was calm, with the audience hanging on to every word. Quite a change for the Republican candidates, being famous for their cutthroat debates.

Every candidate tied to get the message across to the audience that religion and family values are a priority.

Bush took to the stage reminiscing on how his faith has helped him through his term.

"My faith was an important part of how I made decisions," Bush said. "I do not believe you put your faith in a lock box when you're in public life and say 'well that's just for my private life' that is totally wrong."

Rubio told the crowd that our rights come from our faith, not Washington.

The topic changed from faith to family, specifically on how to strengthen families in America.

Carson told the audience he believes the strength of our families and our nation go hand in hand.

"All of our policies should be aimed at creating strong families because that is the basic unit of a strong nation," Carson said.

Cruz encouraged the audience to look back and see where each candidate stood on the issues. He then asked them to pray.

"Even just one minute a day," Cruz said, "from now until election day that you might simply pray father God please continue this awakening. Continue the spirit of revival that we might awaken the body of Christ and pull back from the abyss."

The 2016 Faith and Family Presidential Forum was a joint project of Palmetto Family Alliance and the Conservative Leadership Project. It was moderated by South Carolina Attorney General Alan Wilson and Dr. Oran Smith.