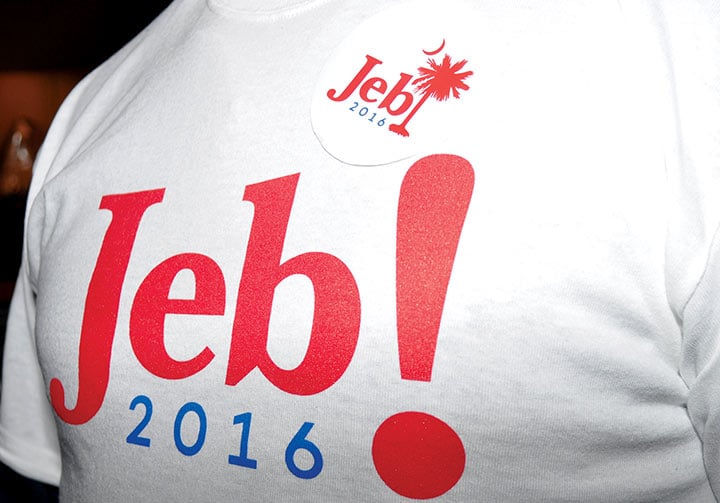 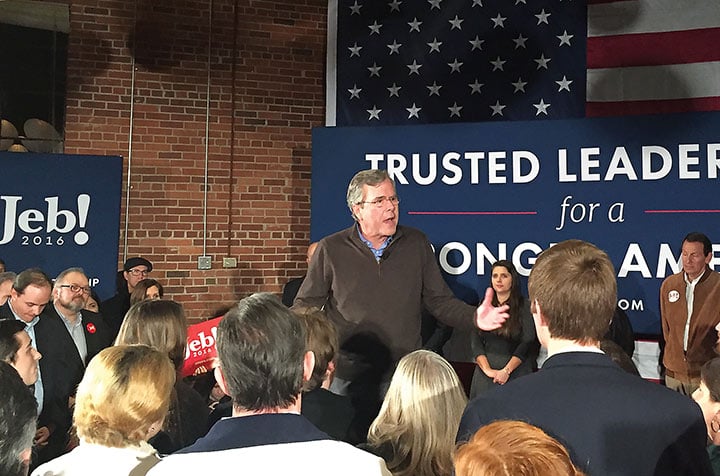 Jeb Bush elaborated on his strengths as a presidential candidate and his determination for a national security at his campaign rally in Columbia Thursday evening. 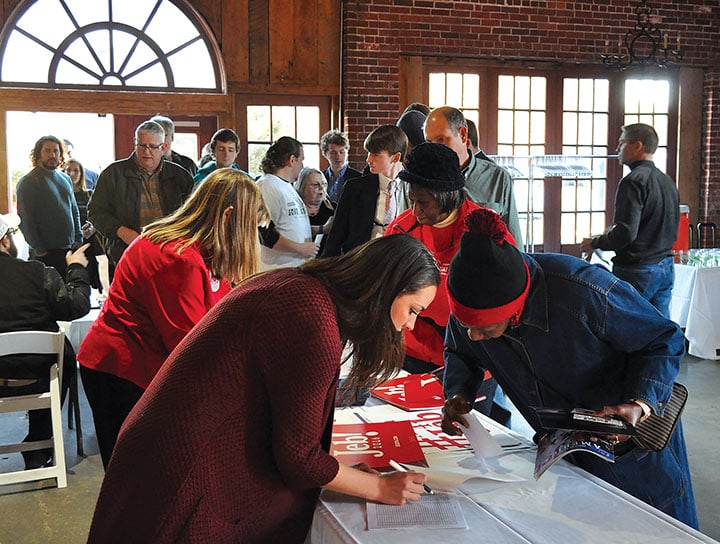 Bush supporters flooded in the doors of Senate’s End on Thursday night for the campaign rally in Columbia. College students and veterans were just a few among the supporting crowd.

With only days away from the South Carolina Republican primary, the Feb. 11 rally in Columbia is an example of how presidential candidate Jeb Bush is working the state hard.

With only days until the South Carolina Republican primary, presidential candidate Jeb Bush is trying to persuade South Carolinians that he has the most credible national security policies.

To shore up his fifth place standing in the polls, he brought in his brother, former President George W. Bush, who presided over a nation torn by the 9/11 terrorist attack.

Also at his side, one of South Carolina’s most outspoken and acerbic politicians: U.S. Sen. Lindsay Graham, a Republican who abandoned his own presidential campaign in December.  But Graham said he would remain focused on national defense issues, including the defeat of terrorist fighters from the Islamic State group.

At several rallies in the state prior to Saturday’s primary, Graham explained why he thinks Bush can handle the job of commander in chief and why he supports his defense policies.

“You’re going to vote February 20th about who you think is best to be commander in chief. After 36 trips to Iraq and Afghanistan, after busting my butt for a decade to understand this war and how to win it, after 33 years in the Air Force, after 140 days on the ground as a reservist, I am voting for Jeb Bush,” Graham said.

“Certainly in South Carolina, the military and the veterans are going to be an important voting bloc, ”said Linda Willard, a fundraiser for Bush. “I think he has a stronger record of both endorsements and understanding in that area.”

“The best way to keep the peace is to have such a strong military that our friends know we have their back, and our enemies fear us. That’s not what’s happening today in the world, we need to restore that,” Bush said at a rally in Columbia on Thursday night.

Retired Army Lt. Col. Barry Hale is still unsure whom he will vote for, but he says at the moment Bush isn’t his first choice among the presidential candidates. He favors Texas Sen. Ted Cruz, Florida Sen. Marco Rubio and Ohio Gov. John Kasich among the Republican candidates.

“My only concern about Gov. Bush is that he may not be as conservative as I would prefer. We’re almost $19 trillion dollars in debt, and that’s ridiculous,” said Hale who works as a recruiting officer for Army ROTC at the University of South Carolina.

Hale emphasized those are his personal beliefs. Military personnel aren’t allowed to participate in partisan politics.

There are eight military bases in the Palmetto state and according to latest figures from the U.S. Department of Veterans Affairs, South Carolina is home to 418,000 veterans. Bush has been endorsed by a number of veterans, including Graham, the National Veteran’s Coalition and S.C. Veterans Steering Committee.

“I think we need stronger defense with everything going on in the world. We’re going down when we need to be going up. We need to be showing strength and leadership,” said Army veteran Ron Segroves. He said he supports Bush’s defense plan.

“Bush is the best man for the military. He’s got a good background, his father and brother were in the service,” said Vietnam veteran Roger Freud.

On Saturday night during the GOP debate in Greenville, Trump attacked Bush with comments about the presidency of his brother, George W. Bush, saying that President Bush did not keep the nation safe.

“The World Trade Center came down during your brother’s reign, remember that,” Trump said.

“While Donald Trump was building a reality TV show, my brother was building a security apparatus to keep us safe. And I’m proud of what he did,” Bush said.

At the North Charleston rally, President Bush made an oblique reference to Trump’s bombast saying that the presidency requires someone with a steady hand.

Bush still has half a dozen more stops scheduled in South Carolina before heading out west to Nevada for its Feb. 23 caucus.